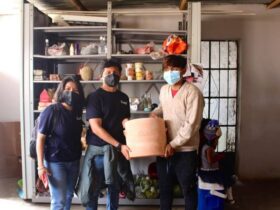 Young Peruvian invents low-cost, zero electricity refrigerator in country where just 60% of homes own one

Lima, Peru — At least 18 people have been killed and 73 injured in southern Peru during clashes between police and protesters demanding new elections and the resignation of President Dina Boluarte, the former vice president who took office on December 7.

The deaths occurred on January 9 near the airport in the city of Juliaca, located in the Puno region.

“This demonstrates a high level of violence from those who have been leading this attempt to take over the airport,” Revollar told the local press.

In response, Prime Minister Alberto Otárola announced on Tuesday a curfew in Puno from 8:00 p.m. until 4:00 a.m. in order to “safeguard the life, integrity and freedom of citizens.”

Until now, organizations including the Peruvian Bishops’ Conference, the National Coordinator for Human Rights (CNDDHH), the European Union, United Nations agencies in Peru, among others, have condemned the deaths in Juliaca.

In one month, since Boluarte’s administration began, 46 citizens have died in the protests unleashed after the impeachment of former president Pedro Castillo, who is serving 18 months of pretrial detention for charges of rebellion.

On January 10, the Public Ministry opened an investigation against Boluarte, the prime minister, and the heads of ministries of defense and the interior “for genocide, homicide, and serious injuries,” for the protester deaths between December and January.

According to the president, her government acts legally “to protect and defend the lives of 33 million Peruvians.”

“We do not provoke violence. Proof of this is that, in Puno, there are police officers who are injured, a child who could not reach the hospital because the road was blocked,” she said Monday during an event at the Presidential Palace.

The protesters are demanding the shutdown of Congress, new elections and the resignation of Boluarte

Some groups are also calling for the release of the former president and a new Constituent Assembly.

Boluarte said that “what they are asking for is a pretext to continue generating chaos in the cities.” She also said that she already did what was in her hands, like presenting a bill to congress to hold early general elections in 2024.

“I call you to reflect. Let’s work together for our homeland,” she said.