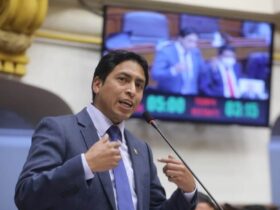 Archaeologists in Peru have found a burial site containing the tombs of 76 sacrificed children believed to belong to the Chimú culture, which developed the most prosperous and mighty coastal empire in pre-Columbian America between the 9th and 15th centuries.

The children, sacrificed between the ages of six and 15, were discovered throughout July and August at an archaeological site in Pampa La Cruz, in Huanchaco’s district, about a nine hour drive north along the coast from Lima.

To date, a total of 302 children have been unearthed in this area.

Gabriel Prieto, president of the Huanchaco Archaeological Program which is overseeing the excavation, told Agencia Andina that “thanks to Pampa La Cruz we know that human sacrifices, especially of children, were a structural part of the Chimú religion to celebrate and glorify their state.”

The expert explained that “six sacrificial events” have been recorded in the same area between 1050 and 1500 AD. Between 2016 and 2019, the remains of another 240 children were found.

Mr. Prieto said that the same pattern is followed in all burials: the bodies are oriented with their feet to the east and their heads to the west, with their backs to the sea.

“This sacrifice of the Chimú culture was to consecrate and open the cultivation fields that the Chimús had at that time,” he explained.

Chimú was a pre-Columbian culture that developed between 1000 and 1400 AD, in the regions of Lima and Tumbes in northern Peru. The empire is considered one of the most prosperous early coastal civilizations in America.

Through conquests and wars, the Chimú people ruled over a 1,000-kilometer coastal strip of land nearly stretching to Ecuador on the northern border with Peru.

Its political and administrative capital was the great city of Chan Chan, located in the province of Trujillo. The area was made up of thousands of buildings and a maze of streets and alleys.

Chan Chan, which housed nearly 60,000 people at its peak, was one of the largest cities in South America and the largest adobe city in the world.

Chimú architecture, their approach to regional government and their art also influenced their most famous successors, the Incas, who conquered them in 1475.