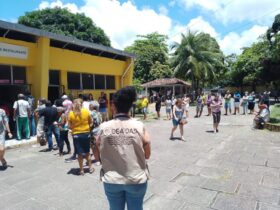 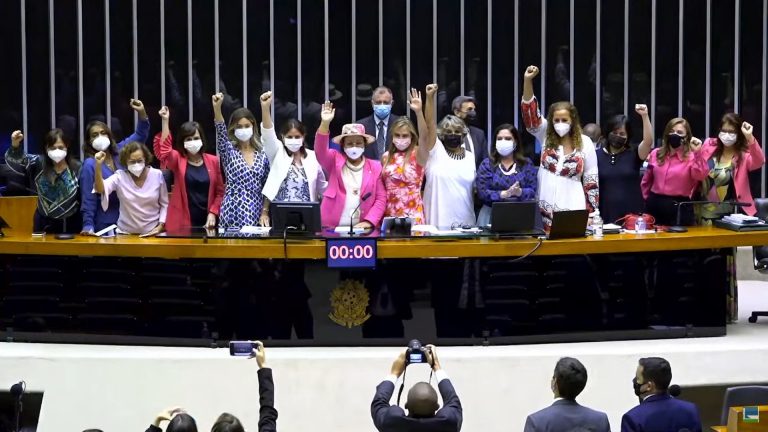 On October 2, Brazilians elected the most women to the Chamber of Deputies in the country’s history. Despite this, female representation in the Chamber remains below international averages, and many newly elected female deputies align with far-right President Jair Bolsonaro, bringing into doubt the ability to advance progressive women’s issues in the coming years.

When the newly elected officials take office in February 2023, women’s representation in the Chamber of Deputies, the lower house of Brazil’s National Congress, will increase from 77 to 91 deputies.

While a notable increase, women will still only make up 18% of the 513-member Chamber, remaining significantly underrepresented in a country where women make up the majority of the population.

Brazil trails the international average for female representation in government as well. Women’s participation in the world’s parliaments is, on average, 26.4%, according to the Inter-Parliamentary Union (UIP), a global organization that gathers information from 193 countries.

If this rate were to be achieved in Brazil, female deputies in the Chamber would be 135 — a number that’s hard to conceive in the current political reality where four of the country’s 27 states do not have a single female deputy.

According to political scientist Graziella Guiotti from Fundação Getúlio Vargas, the country’s leading university, political parties must change how they manage their resources in order to increase female representation in government. A law already exists that demands parties allocate 30% of their public electoral funds to women candidates, but the law is often abused and resources are squandered through ghost candidates.

“There were situations of women who did not receive the resources that were promised by the parties or even orange candidates,” Ms. Guiotti said. “Parties win if they have well-voted women, but they are not necessarily willing to invest in these candidates.”

This year’s elections saw a large number of conservative women elected to Brazilian Congress. The female deputy who received the most votes in all of Brazil was Carla Zambelli, a loyal supporter of President Bolsonaro, who received 946,000 votes in São Paulo. Zambelli was re-elected with four times the amount of votes that she received in 2018.

Another loyal supporter of the president, Bia Kicis, came in as the deputy with the most votes in the Federal District, the home of the country’s capital Brasilia. She received over 200,000 votes.

For political scientist Leonardo Barreto, the new formation of Congress is “more conservative, right-wing and liberal in the economy.”

The Liberal Party (PL), the party of President Bolsonaro, won the largest bench in the Chamber of Deputies in the elections. But of the 99 newly elected PL deputies, just 17 are women.

Lula and Bolsonaro will face off in a runoff election for the presidency on October 30.

The first round of elections were historic, however, in that Brazil elected two transgender deputies, a first in the country’s history: Erika Hilton in São Paulo and Duda Salabert in Minas Gerais. (Erika Hilton was among 10 candidates with the most votes in her state).

If the lower house of Congress saw measured success in electing female candidates, the opposite happened in the Senate, where the upper house reduced its female representation.

Just four women were elected in 27 senatorial races this year in Brazil. Females will make up just 10 seats in the 81-member Senate, a drop from the 12 elected in 2018.

A third candidate, Dorinha Rezende, also known as Professor Dorinha, was elected to the Senate with support from President Bolsonaro.

Just one female senator elected this year is a progressive: Teresa Leitão, member of the Workers’ Party (PT).

According to political analyst Antônio Augusto de Queiroz, the new composition of Brazil’s Congress is “more right-wing than the current one.”

The post Brazil elects more women to Chamber of Deputies, but remains below international averages for female representation in Congress appeared first on Brazil Reports.