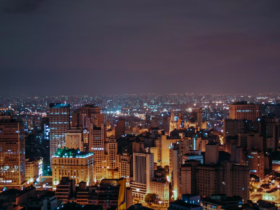 São Paulo, Brazil – On his first international trip since taking office on January 1, President Luiz Inácio Lula da Silva spoke this Tuesday at the 7th Summit of the Community of Latin American and Caribbean States (CELAC) in Buenos Aires, Argentina.

CELAC is made up of 33 countries from Latin America and the Caribbean, created in 2010, with the aim of integrating the region, in addition to coordinating political, economic and social actions. Brazil was one of the responsible for creating the group — which is often referenced as a counterweight to the Organization of American States (OAS) — but the country left CELAC in 2020, during the government of former President Jair Bolsonaro.

Lula’s participation in the CELAC summit marks Brazil’s return to the bloc. According to the president, the trip’s mission is to reestablish the ties that were abandoned by the previous government.

“Brazil is back in the world. Nothing more natural than starting this return path through CELAC,” he said.

Lula also defended a contribution by CELAC members to the construct of a peaceful world order, “based on dialogue, on the reinforcement of multilateralism and on the collective construction of multipolarity.”

“The many crises we are experiencing in the world demonstrate the value of integration and union,” he said.

During his opening speech, the president of Argentina, Alberto Fernández, celebrated Brazil’s return to the bloc.

“A CELAC without Brazil is a much emptier CELAC,” he said.

At the summit, Lula met with the director general of the Food and Agriculture Organization of the United Nations, Qu Dongyu, with the president of the European Council, Charles Michel, with the prime minister of Barbados, Mia Mottley, and Cuba’s leader Miguel Díaz-Canel.

A meeting with the president of Venezuela, Nicolás Maduro, had to be canceled because Maduro ended up not attending the summit.

Other appointments in Argentina

On Monday, Lula had his first day of meetings in Argentina. He met with President Fernandéz and later with Argentine businessmen.

Lula said that the National Bank for Economic and Social Development of Brazil will once again lend money for projects in neighboring countries, including financing oil and natural gas pipelines in the Vaca Muerta oil fields in northern Patagonia.

The two leaders also reportedly discussed financing a pipeline project that would send gas from Vaca Muerta to Brazil.

“Argentina is, in all of Latin America, Brazil’s main trading partner. It’s Brazil’s third largest trading partner, after only China and the United States. This has to be valued,” said Lula, who also criticized Bolsonaro for distancing the country from Argentina due to political and ideological differences with Fernandéz.

“I apologize for all the rudeness that the last president of Brazil said. Today, it is the resumption of a relationship that should never have been truncated. My first international trip is to tell my friend Alberto Fernández that we are going to rebuild that peaceful and productive relationship.”

The idea of creating a common currency for Brazil and Argentina for commercial transactions became one of the main topics of Lula’s visit to Buenos Aires. Minister of Economy Fernando Haddad, who traveled with Lula, made it clear that the idea is not to replace the Real, the Brazilian currency, or the Argentine peso.

The common currency would only facilitate commercial transactions without the need to resort to the U.S. dollar, so it would be very different from the Euro, for example. The common currency is still under study and there are no details or project launch forecast.

Read more: Could the “Sur” become the Euro of Latin America?

“We decided to move forward in discussions on a common South American currency, which can be used for both financial and commercial flows, reducing operating costs and our external vulnerability,” said Lula and Fernandéz in a joint letter.

After leaving Argentina, Lula will fly to Uruguay, where he will meet with President Luis Alberto Lacalle Pou as well as former president of Uruguay José “Pepe” Mujica.

The post Brazil’s return to CELAC and the Latin American stage appeared first on Brazil Reports.