How Medellín prepares students to compete on a global stage

Jim Glade is a writer for Latin America Reports based in Medellín, Colombia. His work has been featured in Rolling Stone, The Atlantic, TechCrunch and more. Contact him with story ideas at jim@espacio.co 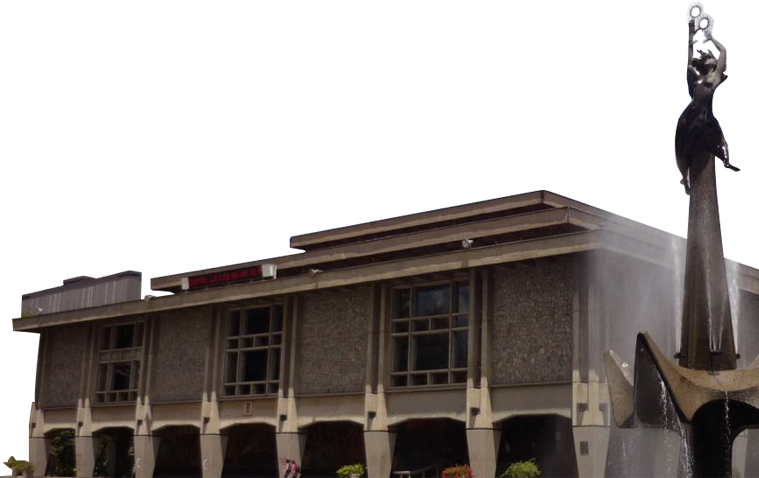 Perched on a laboratory bench next to “Cuca,” an affectionately named robot with artificial vision capabilities at the Pontifical Bolivarian University (UPB) in Medellín, 18-year-old Jhon Fredy Sepulveda Henao shared his journey through the city’s education system from wide-eyed pre-teen to award-winning inventor.

“I have a saying,” said Mr. Sepulveda. “A person is an ocean with a depth of their own desire … The ocean is knowledge and how deep it is depends on how far you’re willing to dive.”

When Mr. Sepulveda moved to Medellín at 12 years old, he wanted to be an auto mechanic. He enrolled in the Pascual Bravo Industrial Technological Institute, a technical high school that shares a campus with a university of the same name. While there, his professors encouraged him to participate in the extracurricular STEM (science, technology, engineering, and mathematics) programs that were offered by the Secretary of Education of Medellín. He went on to win the city’s science fair, Ferias CT+I, and also participated in the city’s robotics program for young students.

Success in his studies and extracurriculars led Mr. Sepulveda to be awarded a grant from the UPB to study mechanical engineering where he won multiple awards for his inventions.

He now plans to earn three engineering degrees and build his own company because, as he said, “being an entrepreneur is the best thing you can do … You provide employment and you contribute — at least in my case as a technologist — to creating the world of tomorrow.”

Mr. Sepulveda’s journey is one that the city hopes to replicate as it looks to transform its workforce from industrial to knowledge-based, and make Medellín a hub for innovation.

Success will involve increasing early enrollment in education – especially among vulnerable populations; keeping students engaged in the education system throughout their journey; and providing meaningful employment and entrepreneurial opportunities upon graduation.

The city’s efforts start early for students. Buen Comienzo (Good Start), for example, is a city-funded early childhood development program that provides educational, psychological, and nutritional support for expecting mothers and young children. Since its inception in 2004, the program has attended to some 220,000 children, according to a report from newspaper El Tiempo. According to former Education Secretary Luis Guillermo Patiño, the program now covers approximately 82% of the city.

The average Medellín resident has 10.3 years of schooling according to annual quality of life surveyor Medellín Como Vamos, meaning the average Medellín resident does not complete high-school. To tackle the dropout problem, the local government has created En el Colegio Contamos con Vos (The School Counts on You), a boots-on-the-ground initiative which sends teams into vulnerable neighborhoods to knock on doors and reintegrate adolescents who aren’t attending school regularly, back into the education system.

“The beauty of the program is that it has to do with social innovation,” former Secretary Patiño told Latin America Reports. “We go to the poor neighborhoods with megaphones in hand, with artists, house by house, knocking on doors. We ask if there are children there who aren’t studying and we immediately register them and take them to the closest high school.” Children then receive psychological help, food, and other resources he said.

According to Mr. Patiño, the program “has allowed for more than 7,800 boys and girls who weren’t enrolled to return to high school with psychosocial accompaniment.”

The city also invests in co-curricular initiatives to keep kids engaged in learning. One such program from the Secretary of Education is the robotics club, which counts 849 students from across 40 public and private schools in the city. Last year, a team from a high school in a low-income neighborhood in the Northwest of the city traveled to China to compete.

Other STEM initiatives available to Medellín students include programs from the international non-profit Science Clubs International; city-wide science fair Ferias CT+I; the Solar Circuit, a solar-powered mini-car race that attracts 200 teams of young people from over 94 schools; and a long list of initiatives from Parque Explora (Explore Park), an interactive science museum in the north of the city.

Another challenge the city is facing is keeping students engaged in education after high school. About 60% of 18 to 24 year olds were enrolled in undergraduate programs according to the most recent figures from 2017. In order to bridge the gap between high school and college, in 2014 the city created The Higher Education Agency, known by its Spanish acronym SAPIENCIA. The agency is funded by the Mayor’s office and provides services, including scholarships, for students interested in furthering their education. 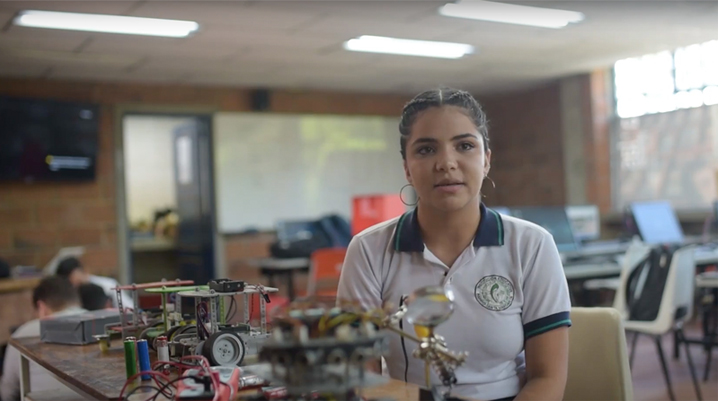 The University, Industry, State Committee (CUEE), an influential group of volunteers from the private, public and academic sectors that works to drive economic growth through innovation, have taken on the challenge of improving job placement for students in technical fields as one of their key pillars.

According to Alberto Hoyos, president of the food and beverage corporation Galletas Noel and chairman of the human talent working group of the CUEE, the talent gap between universities and corporations is important to close because today’s “environment is moving faster.”

Mr. Hoyos told Latin America Reports that students that quit university early do so because they “don’t see a future” in the workforce nor as entrepreneurs. “If we work together between the companies and the universities … we can close this gap,” by reducing the mismatch between educational programs and the requirements from companies. (Critics say that molding education to fit requirements of companies could negatively impact education’s role in solving societal problems).

A few internship schemes are cropping up around the city designed to do just this.

And because traditional SENA curriculums have not been very technologically advanced, Argentinian IT and software development giant Globant helped to develop a long-term internship scheme that prepares students to be hireable directly after their internship.

For the first one-and-a-half years of their studies, students selected to Globant’s program receive a stipend; healthcare and life insurance coverage; English classes and additional deep technology classes from the company. Once their initial course work is completed, students then enter an intensive six-month internship dealing directly with Globant clients.

“It’s a quick way to increase [a student’s] potential, so the probability of [the student] to remain in the company [after the internship] is going to be higher,” Esteban Molina, site manager for Globant’s Medellín offices, told Latin America Reports.

The city — which invested 26% of its overall budget in education in 2019 – has put forth programs designed to provide opportunities for students throughout their journey from the womb to the workforce, and has garnered international recognition from UNESCO for “promoting inclusive education and lifelong learning.”