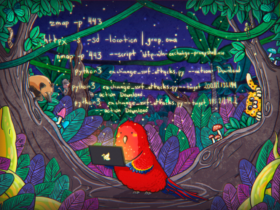 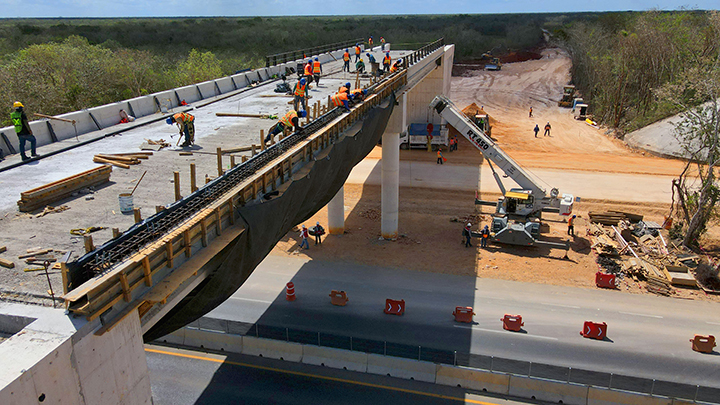 Leaked documents from Mexico’s Ministry of National Defense reveal that the military informed the government in 2020 about a high risk of collapse for a section of President Andrés Manuel López Obrador’s signature project, the Maya Train. Similar warnings by environmentalists had been brushed aside by the president in the past.

The information was first reported by Animal Politico via documents from the Ministry of National Defense (SEDENA) that were stolen by hacktivist group Guacamaya.

Reportedly, a geological analysis sent to Mexico’s National Fund for Tourism Development (FONATUR) in April of 2020 warned of “high to severe danger” due to “sinking and flooding” for the fifth section of the Maya Train, a 75-mile stretch of track that would connect tourist hotspots Cancún and Tulum on the Yucatan Peninsula.

Additionally, a study carried out by military engineers from SEDENA described that the entirety of segment five’s northern section — of which SEDENA is in charge of building — is at “severe” risk of collapse.

The controversial stretch of track

The fifth segment of the Maya Train has been engulfed in controversy and criticism by environmental activists who have called out the harm the infrastructure project could inflict on the region’s ecosystem and the underground lakes or “cenotes” on top of which the train tracks are being built.

Outrage peaked in January of this year when FONATUR announced changes to segment five’s route, discarding the original plan of building the train line along the existing highway and opting to start cutting a path through the region’s jungle.

The change in the original route along the highway, which had already resulted in the felling of 22,000 trees, came after hotel associations in the region argued that construction along the highway would impede access to their luxury resorts.

Following the route change, environmentalists filed a lawsuit against the Maya Train and a district judge from southeastern Yucatan ruled in April to halt the construction of segment five.

Mexico has already invested over USD $4.5 billion into the Maya Train project, and estimates of its total cost reach as high as USD $20 billion.

At a July press conference, President López Obrador condemned the ruling to halt his administration’s signature development project, accusing the United States government of financing the activists behind the lawsuit.

“They are from Mexico City and other parts of the country, these pseudo-environmentalists financed by the United States government; they are the ones promoting these injunctions,” said the president, providing no evidence in his speech.

However, the recently leaked military reports confirm that the arguments of the environmentalists that were dismissed by Mr. López Obrador were well founded.

Despite the injunctions, construction on the train’s fifth segment has resumed.

In August, a federal judge dismissed lawsuits that halted the construction of the southern section of segment five, citing that the government had declared the Train Maya project a matter of national security, shielding it from interference that could pose a risk to its completion.

In September, a district judge had also repealed the lawsuit which suspended construction of the northern section of segment five, although construction had already resumed on that segment one month before the ruling.

By June of this year, construction of the Maya Train was 40% complete, according to the head of FONATUR, Fernando Vázquez, in an interview with the news outlet El País.

Despite the many obstacles and setbacks, Mr. Lopez Obrador has insisted that the train be completed by December 2023, exactly one year before the end of his term.

For 2023, the Ministry of Finance and Public Credit has announced an increase of USD $7.2 billion to FONATUR, the department in charge of the Maya Train. With 92% of the resources destined for the train, the budget for the controversial development project will increase 118%.