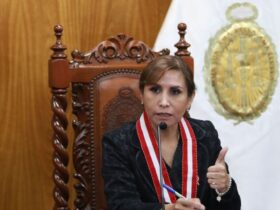 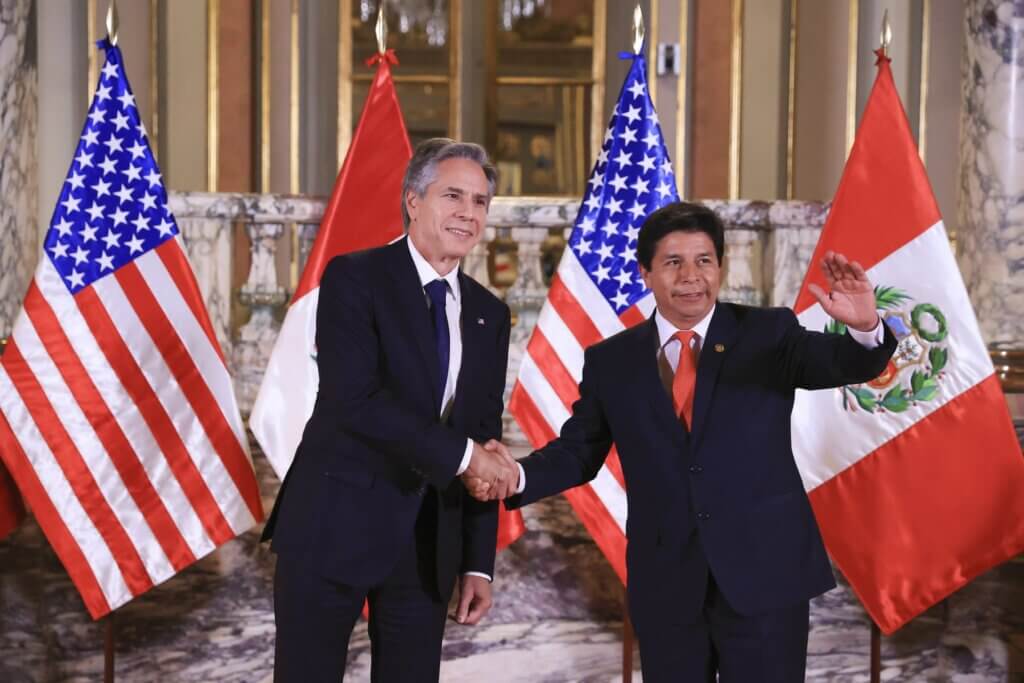 Mr. Blinken was received on October 6 by Peruvian Foreign Affairs Minister Cesar Landa to hold a private meeting with President Castillo at the Presidential Palace. The visit took place during the 52nd General Assembly of the Organization of American States (OAS) which took place last week in Lima.

After the visit, Mr. Blinken and Mr. Landa gave a press conference.

The Secretary of State said that there is a work-plan to achieve goals that benefit the people in terms of food security, fertilizers, migration control, among others.

He also thanked Peru for its commitment to organizing the 52nd OAS General Assembly.

“We’re grateful for Peru’s leadership in hosting what was, I think, a constructive and consequential meeting of the OAS,” said the secretary.

A solution to the fertilizer shortage

Mr. Blinken said that he will work with President Castillo to find a solution to a fertilizer shortage severely impacting Peru’s agricultural sector.

The war in Ukraine has fueled a global food crisis and rising fertilizer costs, according to the United Nations.

“The impact on food supplies and fertilizer in particular has been felt profoundly here in Peru. And President Castillo and I discussed steps that we can take to respond to that challenge, and we committed to working on this together in the months ahead,” he said.

According to the secretary of state, “these headwinds are hitting underserved and marginalized communities the hardest – those who can least afford it.”

“That’s why the Lima Declaration, that we and the OAS member states will adopt tomorrow to work together to advance equity and inclusion across our hemisphere, is so important,” he added.

The OAS approved the Lima Declaration at the end of the 52nd General Assembly, through which the member states commit to make coordinated efforts to fight against inequality and discrimination in all its forms.

Mr. Blinken said he had spoken with the Peruvian Foreign Minister on the need to “create the conditions for safe, orderly, humane, and regular migration – an issue where Peru is leading by example.”

“Today, I announced on the part of the United States that we’ll provide more than $240 million in new humanitarian assistance to meet the needs of refugees and migrants in our hemisphere as well as the host communities that welcome them,” said the secretary of state.

At another point, he said he had “the chance to commend the president and the foreign minister for hosting more than 1.3 million Venezuelan refugees and migrants, and offering them a pathway to secure a more regular status.”

“Nearly half a million Venezuelans have already gone through this process, allowing them to work, to go to school, to access health care, and many other public services that allow them to provide for their loved ones, to build better lives, to contribute to their host communities.”

Mr. Blinken also talked about the work that is carried out jointly against scourges such as drug trafficking and crime.

“We continue to work with Peru to address collective threats like transnational crime and drug trafficking, both of which are exacerbated by the scourge of corruption. Our funding, our training, our partnerships have helped Peru make important progress. We’ll continue to work together in the years ahead,” he said.