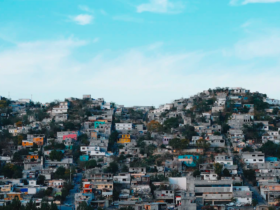 However, evidence uncovered since the troop deployment suggests that the subway’s biggest threat isn’t sabotage, but rather a lack of proper funding and neglect over time by city officials.

The National Guard troops were dispatched on January 12 following a series of incidents reported by subway riders and workers, including a collision between two trains on January 7 that resulted in the death of an 18-year-old woman and over 100 people injured.

While failing to provide direct evidence, Mexico City’s government has contended that the recent incident reports involving the subway system are a result of sabotage, with the city’s Home Secretary Martí Batres saying that the widely documented malfunctions are “premeditated and even malicious acts.”

While the mayor has effectively pinned the problems of the city’s dilapidated, and at times dangerous, subway system on security threats, years of accidents and deterioration point to a deeper problem with the city’s infrastructure: neglect.

Following the collapse of the Metro 12 line on May 3, 2021, resulting in the deaths of 26 people and injuring over 100 more, Sheinbaum announced that the Norwegian risk consultancy DNV would carry out an investigation to determine the cause of the collapse.

In their first two reports released by the government, DNV revealed that the railway presented pre-existing faults in design and construction, which contributed to the collapse.

However, in their final report, the consulting firm established that Sheinbaum’s government’s lack of maintenance and inspections added to the causes of the tragic accident.

Sheinbaum immediately slammed DNV’s findings and threatened to pursue legal action while announcing that her government would not recognize the findings of the third and final report.

Although Sheinbaum has presented data that attempts to convey that her administration has allocated more resources to subway upkeep than her predecessors, analysis from local media outlets suggest that the data is misguided and doesn’t paint the true picture of resources allocated to the subway.

For instance, she recently announced that for 2023, her government allocated around USD $1 billion to the subway system, a 4.6% increase from last year’s budget, according to the mayor. Sheinbaum has also compared this year’s budget with that of 2018 — one year before she took office — and claims that this year’s budget for the subway has increased by USD $214 million compared to that year.

For instance, taking into account inflation, this year’s budget does not report a 4.6% increase from 2022 but a decrease of USD $50 million, according to the news outlet and analyst.

Additionally, her claim that this year’s budget exceeds her predecessor’s in 2018 by USD $214 million is inaccurate according to Animal Politico. When adjusting for inflation, the budget, compared to 2018’s, would actually have dropped by 17.6%.

Regarding maintenance spending, from 2020 to 2021, the budget had reportedly been slashed by 11.5% when adjusted for inflation.

What’s more, throughout her mayorship, Sheinbaum’s administration has reportedly failed to spend the total amount of approved budget for the subway system each year.

The militarization of the subway system

“With the deployment of more than 6,000 troops of the National Guard in the Mexico City Metro, the principle of exceptionality is violated, contributing to the process of normalizing the militarization of the country,” the human rights group said in a tweet.

“The announcement that the militarized National Guard will be deployed in the Metro of Mexico City is worrying because it is clear that this corporation reproduces the military practices of opacity and excessive use of force.”

Just one week into the National Guard deployment, there has been an uptick in arrests in the facilities of the subway system, with four subway riders arrested for allegedly attacking the public transportation system.

The pursuit of criminal charges against subway users for dropping items onto the subway lines is unprecedented. In 2022, 1,228 items were dropped onto the subway lines without the authorities making any arrests. In fact in most cases police officers patrolling the subway helped the users retrieve their dropped belongings. 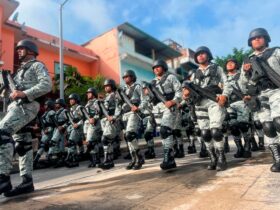