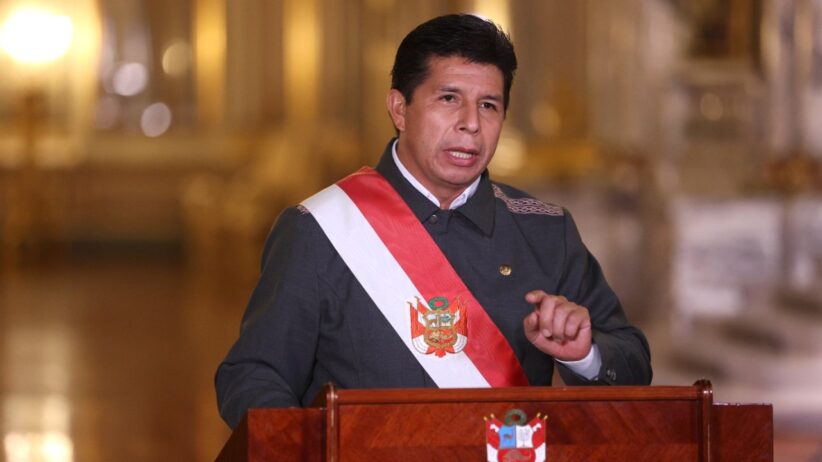 This article was originally published by Shirley Cayetano on Peru Reports, a sister publication.

On April 4, Peru’s President Pedro Castillo announced a 24-hour curfew in the capital Lima and neighboring port city Callao after protests over fuel and food prices got out of control in several regions of the country last weekend. Millions of Peruvians were taken aback by the announcement as it was made just minutes before midnight.

“In view of the acts of violence that some groups have wanted to create… and in order to reestablish peace… the Council of Ministers has approved the declaration of citizen immobility from 2:00 am to 11:59 pm on Tuesday, April 5,” Mr. Castillo said in a televised message.

The curfew comes after Mr. Castillo’s government failed to control truckers’ and farmers’ protests in several cities of Peru where demonstrations have caused roadblocks, left four people dead, and dozens of people injured.

Protests began on March 28 and have intensified since then, especially in regions like Ica, Arequipa, and Junin.

Huancayo, the capital of the Junin region in central Peru, was one of the most affected cities as looters and protesters took the streets. After two days of protests the government was finally able to reach an agreement with transporters and farmers, putting a temporary stop to roadblocks in the region.

“We have not lifted the strike, it is a truce, I want it to be very clear. In these five days we will be forming a new committee in which to work, because they have already given proposals for fertilizers, agrochemicals, and subsidies”, said Ángel Misayauri, President of the Agricultural Defense Front of Junín, who has led the demonstrations in Huancayo.

Days earlier Mr. Castillo had stated that the strikes and roadblocks were malicious and dishonest acts carried out by some of the leaders. Yet demonstrations have continued even after Mr. Castillo’s administration has put important measures into effect including the temporary reduction of fuel taxes, a tax exemption on basic food products, an increase in subsidies to lower the price of domestic gas, and even the stabilization of fuel prices.

Amid the nationwide strikes, the Presidency of the Council of Ministers appointed on March 31 a new chief to the Secretary of Management and Dialogue, a government office in charge of monitoring social conflicts.

Ombudsman, Walter Gutiérrez, has filed a complaint requesting Peru’s Judiciary nullify the President’s decision to declare a state of emergency in an effort to reverse the curfew.

On the 40th anniversary of the South Atlantic War: Argentina remembers, Britain forgets