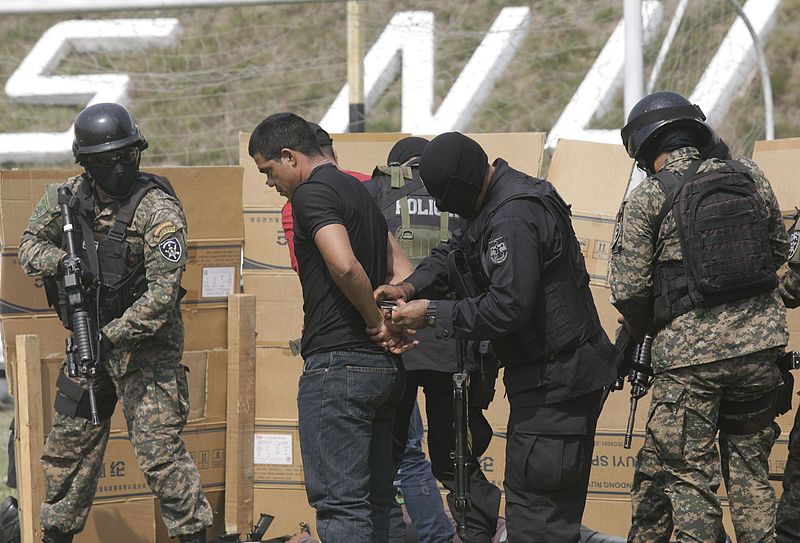 “There is lot of fear in the armed forces,” Venezuela’s interim president, Juan Guaidó, told Spanish newspaper El País. “A lot of fear; a lot of persecution.”

After Guaidó’s repeated calls for the military to desert Nicolás Maduro’s leadership, over one thousand members of Venezuela’s armed forces have defected and crossed the border into Colombia since February 23, reports Colombia’s Foreign Ministry.

The Foreign Ministry’s press release explains that the migratory authorities interview the defectors— members of either the police or military forces—before providing them with “health attention, legal support, provisional accommodation and food.” This support is given provided that the individuals give up their uniforms and guns, and promise to end all military activities.

The Foreign Ministry also affirmed that “a significant number” have also applied for refugee status. Colombian authorities have provided these individuals with the safe passage documentation that will allow them to stay in Colombia until the applications have been carried out in accordance with United Nations High Commission for Refugees’ (UNHCR) recommendations.

Despite the volume of defectors in such a short time, few high-level members have overtly declared themselves as supporters of Guaidó. Since Guaidó declared himself interim president in January, he has doubled-down his efforts to attract military support, urging the military that it is their opportunity to protect the Venezuelan people.

The highest ranking official to have resigned is Colonel Rubén Alberto Paz Jiménez, who in January posted a video in which he declared his support for Guaidó. He also stated that “ninety percent of the armed forces are in discontent: We are being used to keep them in power.”

Control of the armed forces has been a contentious issue in the past months. In February, Guaidó hoped to force USAID humanitarian aid into the country, but under Maduro’s orders, the armed forces refused to allow it to cross the border in a military-backed political stalemate.

One thousand defectors is relatively inconsequential in respect to the number of still-active troops that Venezuela’s ministry of defense puts at 235,000; however, the United States’ attempts to threaten and coerce high ranking officials, along with Guaidó’s repeated calls to the army to join with him are testament to their pivotal role in this power struggle.