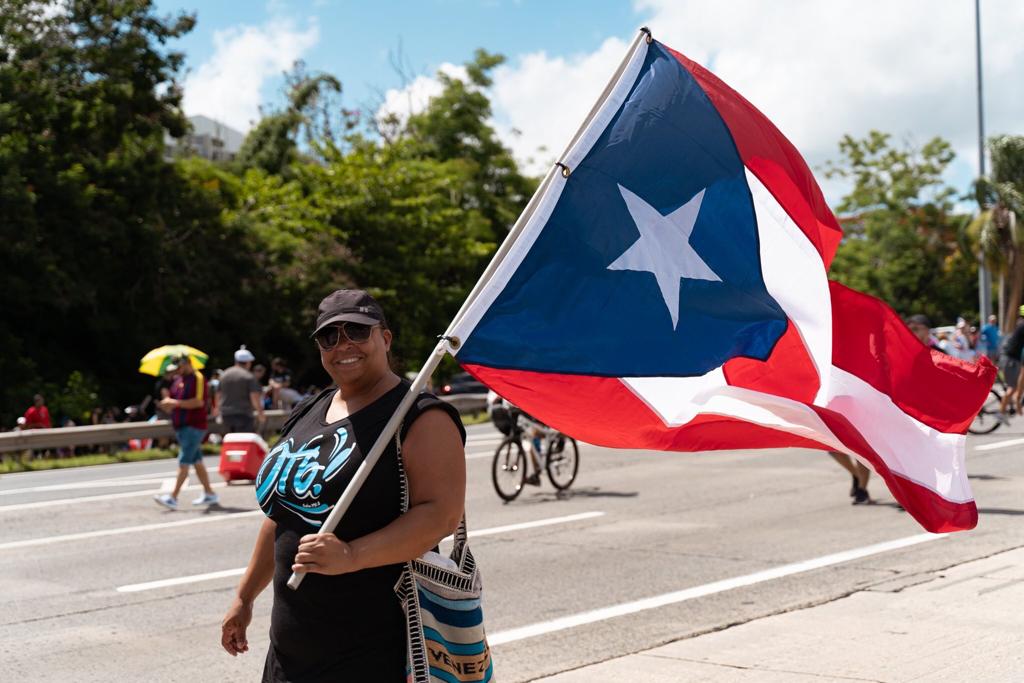 Why are people protesting in Puerto Rico?

After 16 hours of debate, the senators cast their final vote. With 38 Senators against the legislation, 31 for it and two abstentions, the word RECHAZADO (denied) was displayed on the screen for the two camps to see at around 3 a.m. August 9.

Even though the pro-choice side were out in force, the majority of Senators had already announced which way they would be voting, with a majority declaring themselves pro-life.

“The atmosphere was always super positive, even knowing that it wasn’t going to be passed,” pro-choice supporter Agustín Segura, who was in the plaza during the vote, told Argentina Reports. “Obviously, there is always a spark of hope. Either way, the presence of people in the streets is a continuation of the fight that has taken place and will continue to do so. It was also a moment of meeting and happiness.”

“The atmosphere was energetic, hopeful,” added Julia Novoa, who was also in the pro-choice crowd. “It was full of young people, which was very telling.”

There are multiple reasons that meant more people leant towards the pro-life contingent, explained the BBC. The most obvious is the Catholic church, which has a strong influence on the society, slowing down more progressive and liberal legislations. Pope Francis, an Argentine himself, has been vocal in his disapproval of a legal abortion legislation and the moral argument to “save both lives” resonates with many Catholics. This has been as a point of contention with the opposing camp, and indeed, a popular pro-choice song goes “Aborto libre y legal ya, y que los curas se vayan a laburar” (Free and legal abortion now, and tell the priests to go and work).

However, Laura Scullino, a pro-life supporter, explained it is not just Catholics who are against the ruling.

“I know loads of people from other religions, people that have no religion at all,” Scullino told Argentina Reports. “However, they form part of the pro-life society. So, it isn’t so much the church influencing society so much as an independent society, those with faith or without, who stand up to a state which proposes certain policies.”

The non-religious part of the pro-life movement has a red handkerchief, in contrast to the pale blue of the Catholic pro-life group.

Another reason the law was impeded, raised by both Novoa and Segura, was the fact that Argentina and its media is not always kind to feminists, and can portray them as extremists. When asked about whether she had seen any violence between the two camps, which has been reported on in various news sources, Novoa explained that she hadn’t, and she doesn’t always trust the media’s portrayal of events.

“As everywhere else, media is biased,” explained Novoa, “I feel the powerful media here have long put effort into the construction of feminism as a violent, extreme movement, amongst many other characteristics.”

Although the media may be exacerbating the problem, Segura explains that the extreme feminist movement was a factor that dissuaded individuals from joining the Pro-Choice side.

“What puts people off is the fervor and extremism of feminist women who go around topless and painting on walls,” Segura said.

Scullino also added that the media has influenced Pro-Choice campaigners by providing them with erroneous information.

“A person can have convictions that are in some way influenced by incorrect data,” she explained. “For example, ‘There are I don’t know how many deaths caused by clandestine abortions, therefore I have to be the voice of the women who died,’ whereas in reality, the exact numbers are something else, not those that we are generally shown on TV, the number is less.”

Politically, the generally liberal pro-choice contingent were at a disadvantage in the Senate, explained the BBC. Whereas the Lower House (which approved the legislation in June) is seen as representation of the people and works based on the census, the Senate is formed of a fixed structure of three Senators per province. This gave the conservatives more of an advantage, which was seen in the final vote.

This is also added to the fact that President Mauricio Macri, Vice-President Gabriela Michetti and Governor of Buenos Aires province Maria Vidal all placed themselves firmly in the Pro-Life camp. This could have caused some Senators to lean towards appeasing those in power by voting against the legislation.

When looking forward to what effect the ruling and the social movements behind it will have in the future, both parties are hopeful. Scullino expressed her happiness at the fact that the proposed law was rejected, but also made it clear that this is not the end of the story.

“The fact that places where clandestine abortions are practiced is abhorrent to me, it’s incredibly important not to be left with this,” she told us. “A window has been opened, showing us that we have to roll up our sleeves and ask ourselves how we can provide other alternatives for these women that, for x circumstance, don’t want to have their child.”

She went on to talk about the importance of sexual education and raising awareness as a society of how to avoid pregnancies and the government’s need to provide clear and basic instructions of the steps a woman can take if she gets pregnant with an unwanted child.

On the other side of the fence, positivity still brims in the pro-choice camp despite the setback of the rejected ruling.

“I have no doubt [that the law will be passed],” said Segura. “The subject is already in society thanks to all the women who have been fighting for a long time. The law came to the house of commons because of them, not because of any political motivation. I think it’s nothing more than a question of time, it’s just an encouragement to keep fighting and even stronger.”

Senator Fernando Solanas also believes that this is just the first step in an ongoing saga that will result in a free, safe and legal abortion.

“Well done girls!” he shouted at the end of his speech at the Senate. “Tonight is just a small pause. The law will be passed, nobody can stop the wave of the new generation.”

Although it is true that a huge movement of pro-choice advocates has come to the forefront, the same can be said for the equally passionate pro-life group. Argentine Political Scientist Agustin Laje tweeted his support for the anti-abortion group.

“A social pro-life movement has been born in Argentina,” the tweet read. “Our victory is historic. But we have won just one battle. Today we celebrate, but tomorrow we will carry on working for life. The next time nobody will surprise us resting on our laurels; our fight has just begun.”

Either way, the fight is not over yet, nor will it be for some time. The rejection of the ruling on Thursday morning means that the law proposal cannot be raised again for another year. However, 2019 will see the presidential elections take place, which will detract a lot of focus from the abortion debate and could see even stronger politically-motivated voting.

This debate has been well-covered by international media which has brought the traditionally prickly issue into the forefront both in Latin America and worldwide. A pro-choice march in Mexico City was sparked by the Argentina’s vote, and it remains to be seen whether Argentina will serve as the springboard for continent-wide debates.