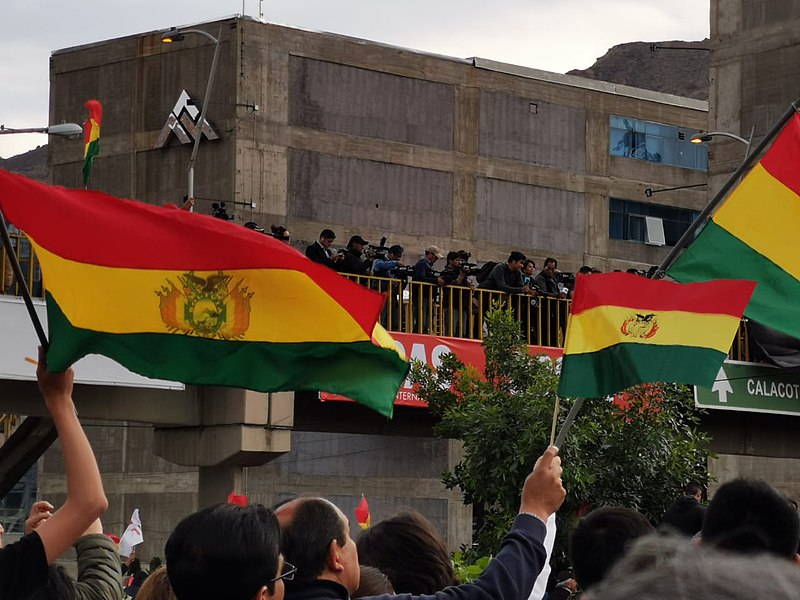 Imprisoned former president Lula da Silva has been formally registered to run in the 2018 presidential elections, which will take place this October.

Lula’s Workers’ Party (PT) representatives registered his name on Wednesday, which was the deadline for presidential candidates to sign up to enter the running. The BBC reported that a crowd of around 10,000 (50,000 according to Lula’s Twitter page) people waving flags and chanting “Free Lula” accompanied the representatives, taking over Brasilia’s streets.

However, according to the BBC, Brazil’s prosecutor general immediately filed to bar his candidacy. By law, Lula cannot run for presidency as he has lost appeals against his corruption conviction, and the Ficha Limpia (clean slate) law also marks him as ineligible. However, exceptions have been made in the past, and many are hoping that this will be the case for Lula.

Recent polls that included Lula in the running revealed that despite his imprisonment he had a third of the vote, pitting him far ahead of the next most popular candidate, ultra-right wing Jair Bolsonaro.

However, The Guardian spoke to David Fleischer, an emeritus professor of political science at the University of Brasilia, who was doubtful that Lula would be able to run.

“If Lula is not a candidate – and I think there is a 90% chance he won’t be – that turns the elections upside-down,” he said.

This is expected to be one of the most unpredictable elections Brazil has ever seen, with a record number of 13 candidates for October, reported Al Jazeera. If left-wing Lula runs, it’s likely he will win, but if not, the dial swings wildly to the other side of the spectrum towards “Brazil’s Trump,” Bolsonaro.

If Lula is blocked from running, then he has selected former Sao Paolo mayor Fernando Haddad to run in his place, but it is unsure as yet how much support the party would receive without its charismatic leader. One poll, published in Noticias R7, didn’t include Lula as an option and revealed that Haddad only received 6% of the vote, where Bolsonaro held 21%.

Lula held presidential office from 2003 to 2011, and left with an 87% approval rating, but the PT lost support when it was ousted from power after the president was impeached for breaking budget rules. Lula’s 12-year prison sentence for receiving a bribe does not, however, seem to have affected his popularity.

At the march, Haddad read a letter written by Lula in prison, reported The Guardian.

“Let’s talk to those who saw that Brazil has lost its way, who are without hope but who know the country needs to resolve its destiny in the ballet box, not in coups,” Haddad read to the crowd. “To remember that with democracy, with our work, Brazil will be happy again.”

Brazil has seen huge changes since the previous election in 2014, when the country had just been removed from the UN’s World Hunger Map and unemployment was at an all-time low. Now however, poverty is on the rise and unemployment has also experienced a spike, causing unrest among the population.

In an Op-Ed published in the New York Times, Lula warns that a right-wing coup is underway in the Brazil, and highlights the “dubious” nature of his trial and imprisonment. In a previous Op-Ed piece, Lula implied that the current government has attempted to criminalise the PT, and accused the president Michael Temer from “breaking away from the Constitution and democracy.”

Despite his popularity, it remains to be seen if Lula’s candidacy will be deemed eligible, or whether he will have to watch the elections unfold from prison.