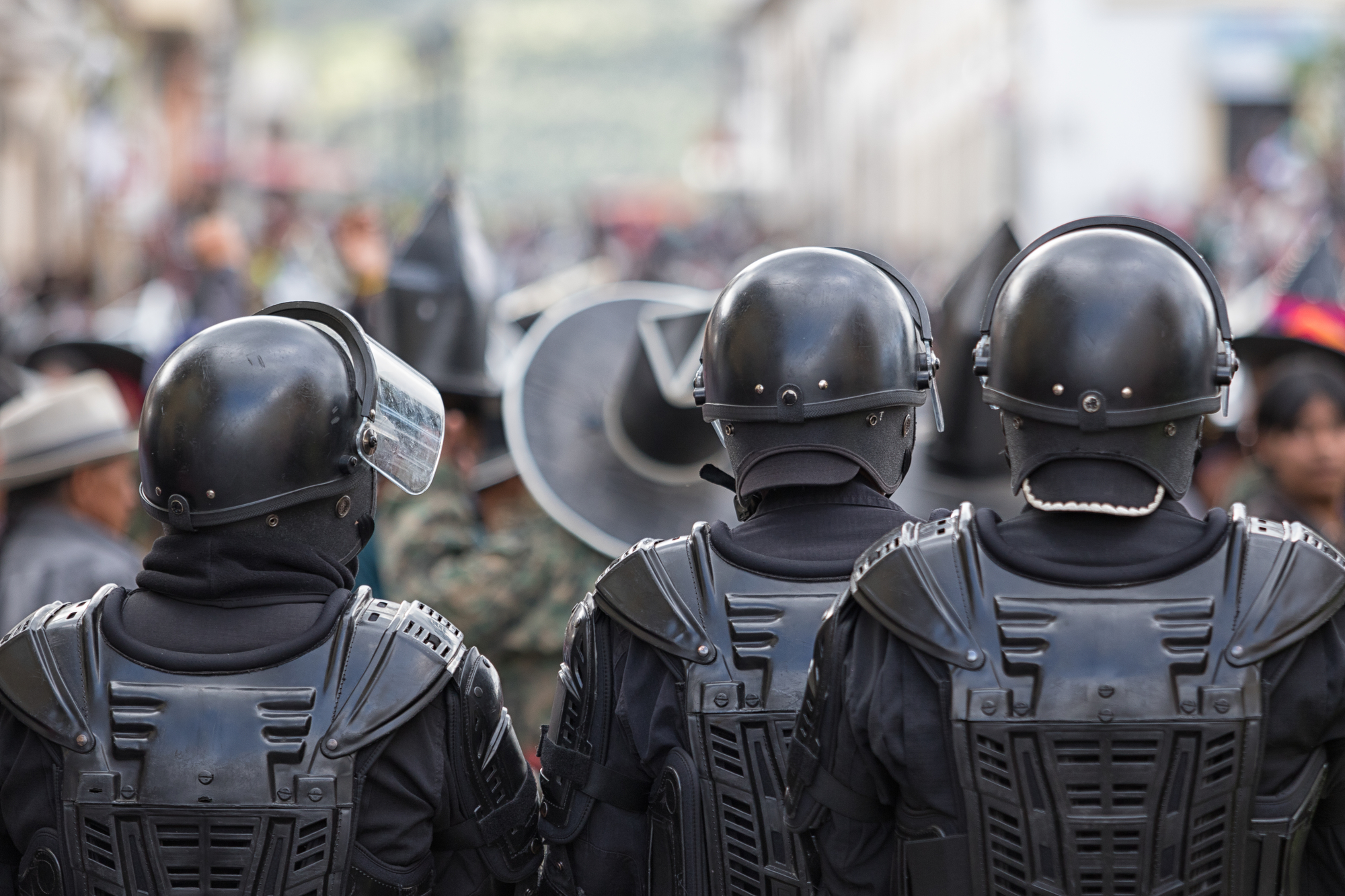 When “mano dura” policing is not the only option

More efficient processes to break down very persistent water pollutants are under development, thanks to the work of a chemical engineer from the Universidad del Valle (Univalle), while he also helps in the development of his Indigenous community.

José Antonio Lara Ramos, a doctoral researcher at the School of Chemical Engineering (GAOX), explained that he’s modeling the action of catalysts and designing equipment that uses ozone reactions to treat sewage.

Chemical engineers usually use catalysts to facilitate chemical reactions faster than they would in nature, without being consumed in the process.

In the particular case of Lara’s work, the catalysts are facilitating an ozone reaction to generate hydroxyl free radicals, which are unstable molecules that damage other chemical structures.

“There are some molecules, due to their structure or size, that are not degraded by bleach or chlorine, but this hydroxyl radical can effectively attack them,” explained Lara.

Although Colombia is a country with abundant water resources, access to drinking water and sewage treatment are big challenges for both rural and urban populations.

In 2006, on average only 25% of sewage was treated, resulting in contamination of water resources, according to a report by the Public Services Superintendent and more than 3 million people (7% of the Colombian population), still don’t have access to safe water to drink, according to a Colombian government bulletin in 2021.

On top of this, in both developed and developing countries, emerging contaminants such as diclofenac and ibuprofen (anti-inflammatory drugs) pass through the human body but are not degraded by conventional treatment plants.

Lara explains that one fix is a process called ozonization.

“Ozonization processes are well known in different countries, even here in Colombia they have already been studied, but the opportunity arose to improve certain properties of a catalyst that we were using,” he said, adding that his strength is mathematical modeling.

The catalysts in which Lara works are the iron minerals magnetite and goethite as well as titanium dioxide. All three are common and inexpensive minerals.

Lara explained that the shape of the catalyst, at the molecular level, and its physical properties will help facilitate reactions with ozone, but there are many other factors in a practical application.

“Contamination from nanoparticles is already a problem, so it is not ideal to just release these catalysts into the water” Lara explained, adding that one idea would be, inside tubes where water passes to be treated, they could mount rings coated with catalysts.

“The catalysts do not dissolve in water and have a higher density than water, so it is possible to collect them at the bottom of the treatment tank.”

Lara had the opportunity to do a research internship in Porto, Portugal, with Professor Víctor Vilar for five months and then in Spain with Professor Manuel Rodrigo, an expert in electrochemistry.

Professor Fiderman Machuca Martínez, at the Faculty of Engineering of Univalle and Lara’s mentor said that the time abroad was very productive and positive.

The Professor said that Lara returned from Spain and Portugal after a few months with scientific publications of a quality usually found in a full doctorate.

“This is very important for Univalle… This is the goal of internationalization, not just travel.”

Ing Lara stated that a factor that contributes to providing so many publications (11 articles in total, today), were the close and collegial collaborations with the supervisors of his projects.

Although he learned a lot abroad Lara says he felt motivated, like many other Colombian expatriates, to return home.

“We return to Colombia for many reasons: the closeness to our families is a motivation… but Colombians are also very capable and we can return to improve our country,” Lara said.

Commitment to the Community

Lara is a member of the Indigenous Council (Cabildo) of the Zenú People (CIPEZ) of Turbaco, in the department of Bolívar and maintains strong connections with this community of 1,200 people.

Yimy Crescencio Berrio Almanza, the legal representative and current captain of CIPEZ, explained that Lara is a reference for the new generations in the community.

“Having direct contact with a person who is an important actor in our nation’s scientific research and who is also a member of the Cabildo is a valuable element for our organization,” the captain said.

He explained that when the Cabildo is making public policy decisions, they are made with a combination of ancestral knowledge and new knowledge that science and technology can contribute.

“In this, Jose Antonio has a very important added value for our Cabildo,” the captain said.

Lara said that one of Univalle’s advantages is that it has a greater participation of Indigenous students and researchers than many other academic institutions.

“I thought of going to Univalle because it is one of the best universities in the country and it is part of my land… I always wanted to do my Doctorate and Master’s degrees here, basically for that reason, for love,” Lara said.