Catira speaks with the strength of an adult woman, has the deep look of someone who sees beyond the pain, and walks with the steps of someone who knows the way. Still, she is only 18 years old, and a death threat has followed her since she deserted from the guerrillas two years ago.

UNICEF describes children as the first victims of war, and violence against them continues to increase worldwide. One of the most concerning aspects is their recruitment by armed groups. Here is the story of one girl who decided to break through the silence and fear to tell this journalist about her experience.

Catira (not her real name) was born in the heart of Colombia, and until she was five years old, she had what she considers an ideal childhood. But everything changed when her grandfather died, and she and her grandmother moved to a different village.

That year, 2008, was the year the Revolutionary Armed Forces of Colombia (FARC), the largest Colombian rebel group at the time, freed Clara Rojas, a Colombian lawyer who had been held hostage for six years. Then the government executed Operation Jaque, in which Colombian politician Ingrid Betancourt, three U.S. citizens, seven soldiers, and three policemen were also freed. International marches were held in public protest against the actions of the guerrillas.

Meanwhile, Catira settled in her new home with her grandmother, who, in an effort to make her granddaughter continue studying, worked to bring together ten children to reach the minimum number needed to open a school.

At only eight years old, Catira would see men pass by her school, leaving their guns far away so as to not scare the children. Her grandmother told her to not be afraid, that they were her family, her uncles, and cousins, and that they were there to protect them.

Catira spent the next two years between lessons, games, and helping her grandmother, until one day she saw one of her female cousins dating a police officer. Catira thought that it was fine to tell her other cousin, one of the armed men.

Thus began her involvement with the FARC. Catira was ten years old, and she was eavesdropping on conversations, observing what was going on, who was consuming drugs, and what people were doing. Then, she would go to her cousin and tell him everything. At the time, it seemed like a fun and straightforward task.

Three years later, her cousin handed her a gun and said:

“Look how pretty it is. Do you want to take it?”

She remembers that the gun’s steel was cold, but her instinct immediately led her to point it at the wall. She had already seen a gun being loaded and took out a bullet, out of curiosity. “The feeling is bigger than you, you don’t want to be anyone else,” says Catira smiling.

After that, her cousin told her that she had to kill her other cousin, the one who had been dating the police officer. The guerrillas had tried to warn her several times to stay away from the man, but she hadn’t listened.

Catira went home thinking about what she had to do – but didn’t want to. That night, amid uncertainty, she wrote a note to her cousin telling her to leave before dawn and keep quiet, that no one could know about it, and so it was. The next day, the cousin who had demanded the murder asked Catira if she had killed her; she only answered that she couldn’t find her anywhere.

After that, her obligations continued: Catira studied, helped her grandmother, attended meetings with the guerrillas on weekends, and reported what was happening in her village. One day, the group asked her to go to another city and live with one of her uncles, who had deserted them and joined the army.

For the armed group, her uncle was a traitor, and they requested information about him and his family. Catira lived with him for a few months. It was a difficult time for her because he was violent towards his wife, so Catira would warn him to stop, saying she was capable of killing him. The problems continued, and she was ordered to return. She never found out what happened to her uncle; she was just happy to be reunited with her guerrilla comrades, some of whom she thought had died.

Catira resumed her activities with the guerrilla group; this time, she would travel around the area and participate in meetings with the community. These encounters were for leadership training in agrarian issues. Political matters were discussed in private meetings.

At only 13 years old, Catira was considered a leader among young peasant farmers. She was part of the FARC, but the territory was divided between Farianos and Elenos. Farianos are members of the FARC, Elenos of the National Liberation Army (ELN). Both are separate left-wing guerrilla organizations that have, at certain points in history, fought against one another.

Although they often dressed in civilian clothing, the area’s inhabitants knew who was a guerrilla. If one person belonged to one side, they automatically became the enemy of the other side.

In 2018, Elenos and Farianos called a truce to commemorate a massacre by a paramilitary group years prior, in which the collaboration of members of the Colombian army was later proven.

The commemoration involved an armed protest by the ELN and the FARC. A week beforehand, Catira had been summoned by her commander, who informed her she had to participate in the activity.

A liaison picked her up, gave her one basic weapon kit, a 9mm weapon, two magazines, and a hand grenade. When Catira arrived at the final destination, her assignment was to count the money that was collected extorting people.

At the house, the only people present were the commander, the leader of her group, a couple of logistics people, the owner of the house, and herself. Catira had thought she would be in the protest with her companions but saw nothing unusual about staying there.

That night she laid down on the bed assigned to her, put her weapon under the pillow, and tried to sleep. A few seconds later, the commander laid down next to her and said: “I am aware that you love your family and don’t want anything bad to happen to them,” and with those words, it was clear to her that she had to agree to whatever he wanted. During the three nights of the protests, she was repeatedly abused by her commander.

The protests ended, and so did her personal torture. Her commander handed her a wad of bills to buy something nice, and although she was outraged, she took it and bought food to take home.

That wouldn’t be the last time Catira was abused. A few months later, she was assigned to be the liaison to move some Elenos through Fariano territory. The ELN commander also threatened to do something to Catira’s family if she didn’t agree to his sexual advances. She again felt like she had no choice.

After being abused by the two commanders, Catira focused on selling empanadas at a stand on the side of a road that was used by everyone, including the army. She didn’t like them; she had grown up thinking that they were the enemy, not only because her family had told her so, but also because she had heard stories about how some of them abused their power. From her point of view, it was better to be with the guerrillas than work for the government.

One day, while she was making empanadas, four men from the army came to ask for a drink. Her first reaction was to get upset because she didn’t want to serve them, but she relaxed and gave them what they asked for. However, something caught her attention: One of them was looking at her, and she thought she knew him from somewhere.

That night, she found him on Facebook. The man who had been looking at her was one of her childhood friends, and she had not even recognized him. Of course, she wouldn’t dare to greet him either, just being seen with someone from the army could put her in danger.

However, that was not an impediment for them to start chatting and remembering stories from when they were children. And so, little by little, between conversations and memories, they fell in love. They tried not to let anyone see them when they met up, but that only lasted a few months.

In 2016, during Catira’s time with the guerrillas, the national FARC group signed a peace deal with the Colombian government to disarm its members. But the group she was with had instead maintained its territorial presence. It was July 2019 when the guerrillas summoned Catira. She didn’t go. She sat in a tent, not knowing what to do or where to go, aware that they were looking for her to kill her.

After three days and a lot of liquor, she dressed in black, took a backpack with a few basic items, and fled into the bush. It was early in the morning and the first light of day was still distant; the darkness was her ally.

After traveling for 10 hours with no direction, she reached a road and got on a bus. She moved in with a relative but soon began to receive threats over the phone. She changed her number, but new messages returned, telling her that they knew where she was and that they would kill her if she let them catch her.

Catira didn’t want to return to the guerrillas; she was tired, but she didn’t want to die either, so she looked for a place to hide and continue her life away from weapons and war.

Despite everything Catira has been through, she hasn’t lost the sparkle in her eyes, or her hope. She dreams of continuing her education, finishing high school, studying accounting, and specializing in forensic accounting. She loves reading, dancing, and music. Although she is aware that the guerrilla is still looking for her, she is determined to continue living. 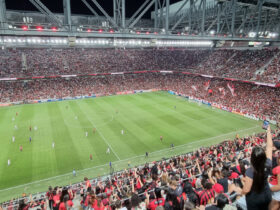