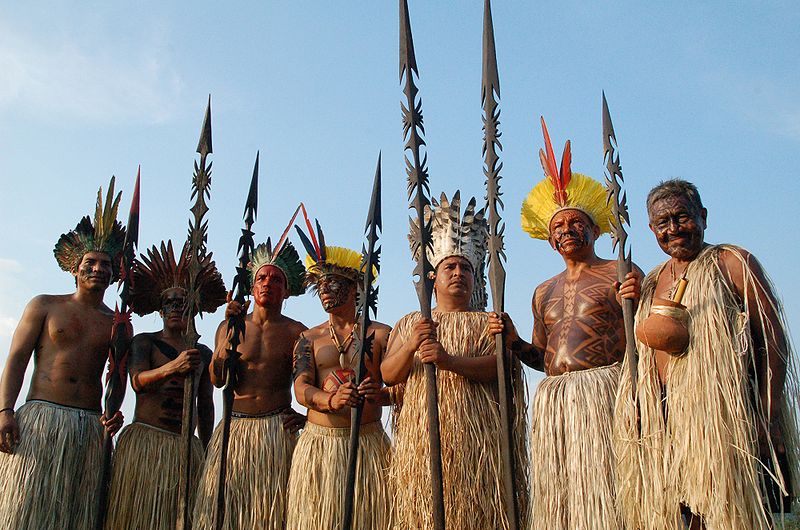 Indigenous peoples may be the best protectors of the Amazon and other Latin American forests, according to a new report from the United Nations.

In many indigenous territories, the study showed that deforestation rates are nearly half of what they are in areas where indigenous groups aren’t present in Latin America. And because vital parts of the Amazon Rainforest in Bolivia, Brazil, and Colombia have been protected, it avoided up to 60 million metric tons of CO2 emissions from going into the atmosphere, the report noted, which is akin to taking 12 million cars off the roads for a year.

“The evidence is clear of the vital role (indigenous peoples) play in protecting forests,” said Myrna Cunningham Kain, one of the report’s authors and president of the Fund for the Development of the Indigenous Peoples of Latin America and the Caribbean (FILAC). “This research reaffirms that indigenous tribes are key actors for the protection of biodiversity and caring for the earth.”

The research that took from over 300 studies was compiled in a joint report by FILAC and the Food and Agriculture Organization (FAO) of the United Nations.

The FAO came up with five proposals for the region to help indigenous tribes better protect their forest lands. Those include boosting the security of indigenous lands and expanding payments for “environmental services.”

Most importantly, governments must fully recognize the rights of indigenous peoples to their lands, as this is one of the least expensive resources we have in fending off climate change, the researchers said. In fact, native communities could save governments an estimated $570 million per year in the effort to reduce carbon emissions.

Still, a number of industries like mining and timber provide very real threats to these tribes and to the global climate. That’s why it is critical for governments and organizations to work to put the health and safety of indigenous groups over corporate interests, Cunningham and her fellow researchers said.

“Indigenous peoples have a different concept of forests,” Cunningham told The Guardian. “They are not seen as a place where you take out resources to increase your money – they are seen as a space where we live and that is given to us to protect for the next generations.”