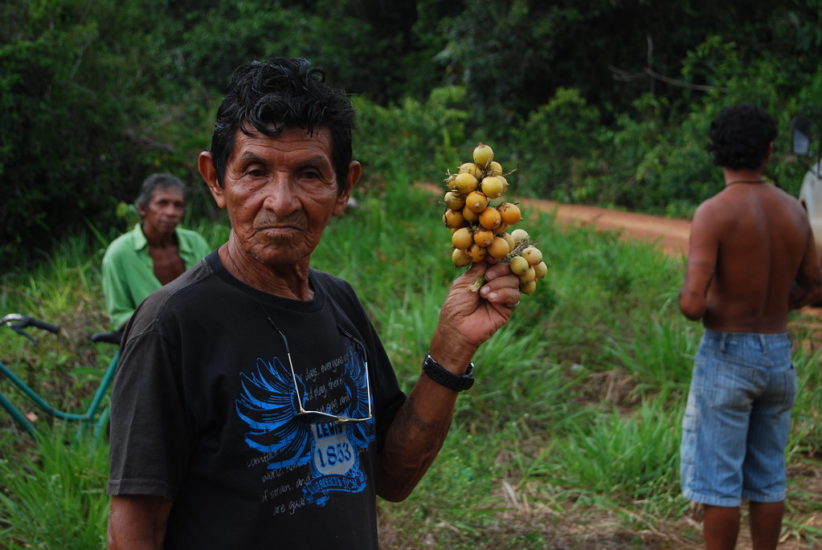 The coronavirus pandemic’s devastating effect on poor and minority populations has given even more credibility to the idea of a Green New Deal in the U.S. But progressive policies that prioritize the environment and look to shift economic power should not just be limited to North America.

Latin America and the Caribbean countries can also look towards the legislative proposal up north to provide a roadmap to more equal and just societies that actively account for climate change, according to experts and scholars in the region.

But certainly, a huge shift would have to happen before Latin America enters into a green economy. The region’s economies have a clear reliance on fossil fuels and mining. And it can be hard to envision countries in need of massive stimulus efforts during the pandemic committing to revolutionary reform as opposed to relying on getting back the same jobs and industries that have always existed.

However, now may be just the right time for a gigantic economic shift to find unconventional but sustainable solutions.

Carlos Felipe Jaramillo, the World Bank Vice President for Latin America and the Caribbean, wrote last month that the pandemic has showed that governments and international institutions must provide the pathways to inclusive recovery to reduce inequality and lessen the economic blows around the world. This same model can be used for prioritizing environmentally forward investments.

Instead of waiting for jobs that may never come back or relying on industries that release a constant stream of greenhouse gas emissions, Latin American countries have a chance to create entire industries based on green energy and sustainability. A report last month from the International Labor Organization (ILO) estimated that the region could create 15 million jobs over the next decade if it fully commits a model based on net-zero carbon emissions.

The report states that countries in Latin American and the Caribbean would gain 22.5 million jobs in agriculture, renewable electricity, and other areas, although it would lose 7.5 million jobs, mainly in the fossil fuel and electricity industries. The extreme dip in the value of oil across the globe during this pandemic shows we can’t rely forever on fossil fuels and will soon need alternative energy sources.

Time is already against us. And the longer we fail to embrace such economic models will only worsen inequality and environmental devastation.

Already in Latin America, rising temperatures and changing precipitation patterns have led to melting glaciers in the Andes and extreme weather events happening more frequently. By 2050, there could be an estimated 17 million climate refugees across the world escaping areas destroyed by more commonly occurring natural disasters and rising water levels.

That is sure to create a perfect storm for Latin America, which is home to eight of the 20 most economically unequal countries in the world.

“The current development routes are unsustainable and they’re unsustainable not only environmentally, but also economically and socially,” said Camila Gramkow, an economic affairs officer with the Economic Commission for Latin America and the Caribbean’s (ECLAC) Brazilian office during a panel organized by Providence College earlier this month.

In our current systems, those void of a Green New Deal or similar forward-looking models, what has happened to poorer communities during the COVID-19 will be magnified tenfold by climate change. Like essential workers during the pandemic, those from lower-income backgrounds will be left at the frontlines of a climate catastrophe. Fishermen left with vanishing supplies in the sea, farmers plagued by droughts and many others will have their ways of life dramatically altered in the coming years.

Ever since the widespread lockdowns that began in March, the environment has seen significant reductions in greenhouse gas emissions across the world. However, that is just a temporary trend that will easily shoot back up once reopenings take place across the world.

“We cannot maintain this reduction in emissions without a systemic, structural change,” Gramkow said. “(We need) a profound change in all economic sectors, mainly in energy, transport, land use and waste. Really what is needed is changing our earth to make emission reduction is retained.”

Michael has been a reporter covering Latin America since 2014. He has lived and worked in Costa Rica, Colombia and Mexico. His work from the region has appeared in The Guardian, The Associated Press and Vice.