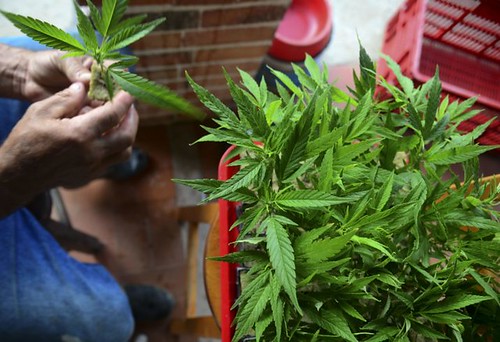 Latin America could be next hotspot for cannabis industry despite pandemic

Latin America has notoriously lagged behind when it comes to the usage of bank accounts. But one silver lining from the coronavirus pandemic for the region may be that millions are opening accounts for the first time to safeguard their government stimulus payments.

A new report from Mastercard and the Americas Market Intelligence research firm says that more than 100 million people in the region (or about 15 percent of all of Latin America) have gone from relying mostly on cash to now having digital bank accounts they can depend upon.

This encouraging trend can allow for millions to have pathways to credit and insurance, as well as more savings options. It further allows for more financial resilience, allowing people to weather tough times, knowing that they have money tucked away in a checking or savings account.

“The move to digital is here to stay for the long haul,” said Mastercard’s Kiki Del Valle. “It’s impacting not just the world of eCommerce, but it is also driving advances in transformation, it’s forcing collaboration with fintech and it’s allowing new players to compete.”

But cash is still king in Latin America. People in the region have historically either been leery of trusting the security of non-cash payments or have not had access to digital accounts. The World Bank previously reported that about half of Latin America has no access to online financial platforms.

Now with the pandemic forcing broader adoption of online banking tools, more Latin Americans are ditching the pervasive informal economy for more stable options. In some countries, the shift towards online banking was directly fueled by government efforts to get people relief money. Between April and September of last year, an estimated 40 million people have adopted online financial systems in Argentina, Colombia and Brazil alone, according to Mastercard’s research.

In Colombia, for instance, the government reached one-fifth of its population by getting them emergency payments through bank accounts and e-wallets. In Brazil, 66 million low-income workers were given money through a state banking app. Of those, 36 million had not previously had a bank account.

Among the most trending sectors of online banking in the region are virtual banks that don’t have physical locations. And because the pandemic has forced more families to consider having savings for emergencies, these types of virtual accounts make it easier for them to get started with.

“Lower-income families spend more of their income on essential goods than the upper classes, but during the COVID-19 pandemic, these users began developing a more savings mindset,” said Andrés Rodríguez, the COO of the Argentine bank Ualá.