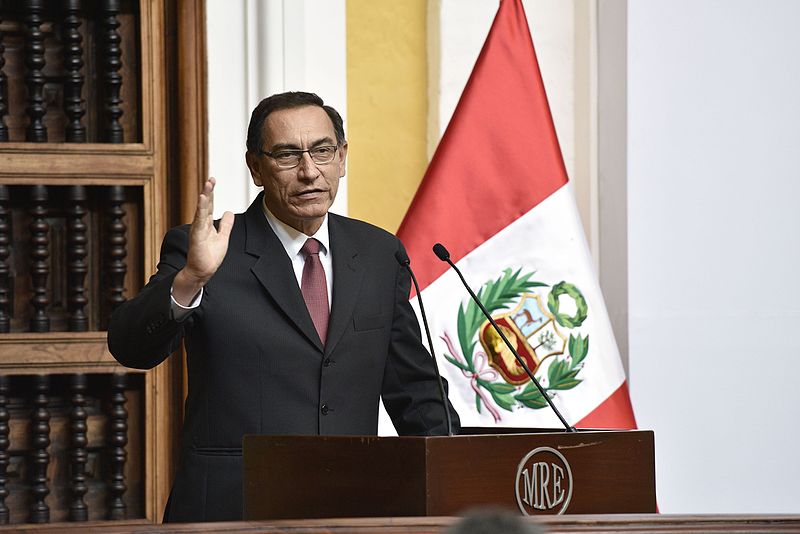 Martín Vizcarra’s approval rating is back on the rise after having cooled off in his first months as Peru’s President.

According to the latest official polls, Vizcarra has been positively graded by 52% of Peruvians, which is a significant boost from last month’s numbers and is on the rise from his 37% rating this summer.

Per a report from Andina news agency, the east region (69%) and Lima (53%) were the two regions where Vizcarra was most popular for September’s polling. Vizcarra recently put a confidence vote into Congress to speed up a decision regarding judicial reforms as people protested lawmakers’ delay in responding to the widespread judicial corruption scandal.

Nearly 70% of the country said in the most recent polling that it agrees on Vizcarra’s decision to put anti-corruption reforms to a popular vote for the public to decide. A similar majority said it agreed on Vizcarra’s threat to close Congress if they should continue to delay the potential rollout of reforms.

Vizcarra is currently in New York attending the 73rd Session of the UN General Assembly. On Monday he was slated to attend the High-Level Event on Counter-Narcotics and will be apart of meetings with U.S. officials, including President Donald Trump. He is planning to be in the U.S. until Saturday, per his pre-arranged plans approved by Congress.