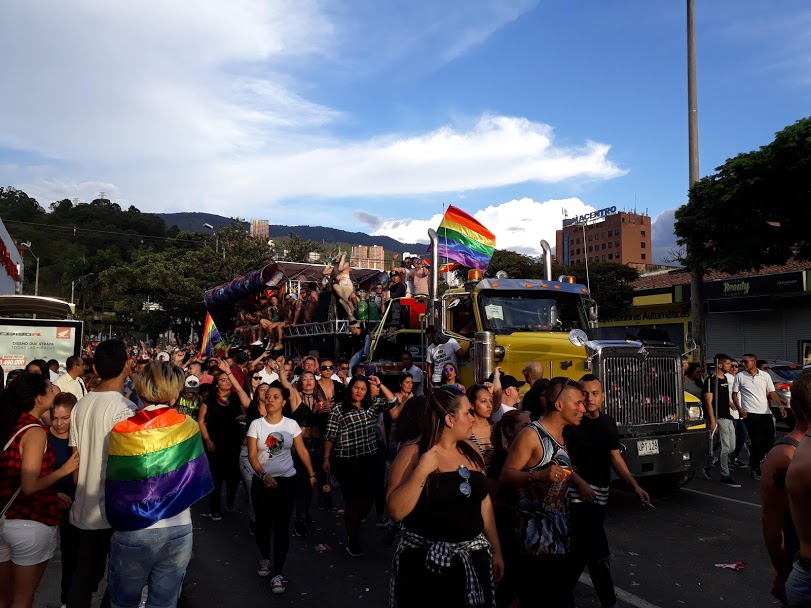 How progressive is LGBTQ rights legislation in Latin America?

Hondurans have been protesting for over two months. In mid-June, the government deployed the army and military police onto the streets to repress growing crowds, and security forces have so far killed three people and injured dozens.

Teachers and health workers triggered a wave of demonstrations in April as they articulated their opposition to government-imposed reforms to privatise the country’s health and education systems, but protests quickly grew into something much more universal. Violence, poverty and an administration dogged by corruption accusations have brought Hondurans together to demand one thing: the resignation of President Juan Orlando Hernández.

Demonstrations grew in force in the lead-up to June 28, the 10-year anniversary of the 2009 US-backed military coup that ousted democratically-elected and left-leaning President Mario Zelaya and put the right-wing National Party in charge, with Porfirio Lobo Sosa as interim president. The National Party has been in power ever since.

President Hernández was elected in 2013 after a violent electoral period that resulted in the killing of at least 18 people from the opposition party, Libre. Speaking about it, a delegate from the EU observer commission described “countless inconsistencies in the electoral process.”

“There were people who could not vote because they showed up as being dead, and there were dead people who voted,” he told Brazilian outlet Opera Mundi.

Honduras has a strict constitutional ban on presidents running for a second term, which cannot be overruled by courts or Congress., Hernández, however, caused widespread controversy when he ran for a second term in 2017 after a Supreme Court ruling in 2015 waived the rule, going against the Constitution.

Center-left opposition candidate Salvador Nasralla was leading in the run-up to the 2017 elections, but after a 36-hour delay in the vote count, Hernández came out on top amid allegations of fraud. According to Reuters, Nasralla described his presidential bid as “a lost cause,” but hoped that international organizations would recognise the illegitimacy of the elections.

The Organisation of American States (OAS) described the 2017 elections as characterized by irregularities and deficiencies and called for a second vote. Just days later, the U.S. embassy released a statement recognising Hernández’ “victory,” and despite international pressure, the government did not call for new elections. Violent protests sprung up across the country, resulting in the death of at least 22 people.

Read more: U.S. diplomat offers a word of caution to the United States on Latin America

Currently, Honduras has one of the top 10 highest homicide rates in the world, calculated at 40.3 murders per 100,000 people. Despite the existence of MACCIH, an international anti-corruption commission, according to a 2017 report, the country has “very high” levels of impunity and international NGO Transparency International rates Honduras 132nd out of 180 countries for perceived rates of corruption.

In 2018, the BBC reported that a U.S. court charged Hernández’ brother with drugs smuggling and weapons offences. A former congressman, Juan Antonio Hernández was accused of smuggling cocaine from South America into the United States over a 12-year period. He denies all wrongdoing.

Reuters also recently revealed a 2019 court filing that showed that U.S. authorities targeted current President Hernández in an investigation into large-scale drug trafficking. The investigation also targeted his sister Hilda Hernández and Security Minister Julián Pacheco, but there was insufficient evidence to charge them with any crime.

Corruption, impunity and criminal activity in Honduras among politicians have led to high levels of civilian dissatisfaction, compounded by increased violence and a lack of trust in security forces. However, corruption and violence are not the only reasons that Hondurans make up the majority of Central American migrants at the U.S. border.

Economics is the primary factor, and a Jesuit-run survey conducted in 2018 revealed that 82.9 percent of people leaving Honduras do so because of an inability to generate a stable income. The Center for Economic and Policy Research reports that Honduras has the most unequal wealth distribution in Latin America, and with a lack of political will to change this, citizens continue to see migration as a last resort.