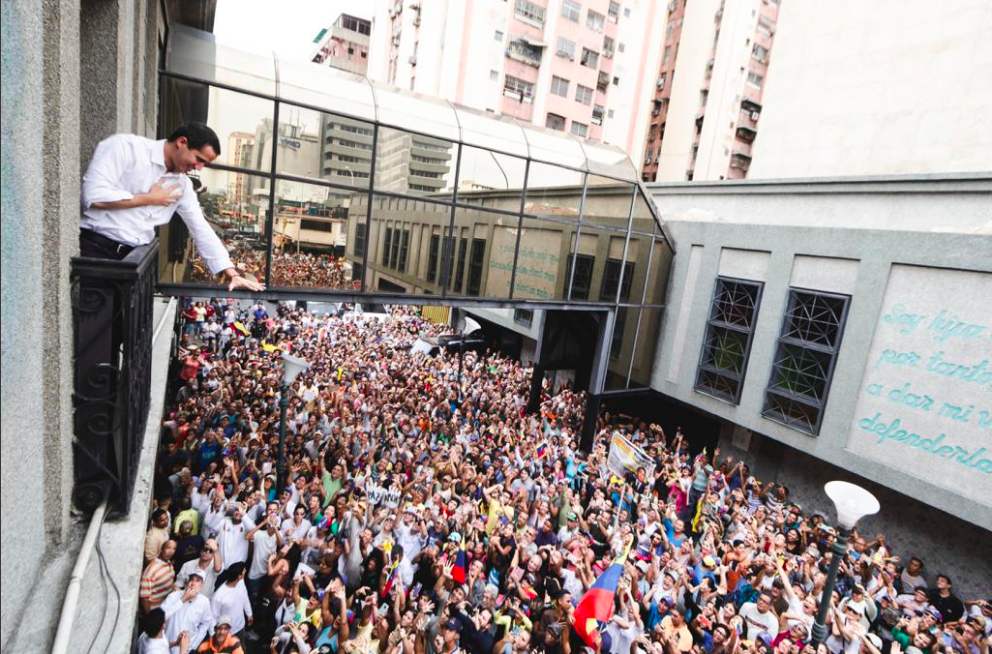 How Guaidó’s Twitter persuades thousands to take to the streets

Venezuela is abusing exiles who have had to return to the country during the coronavirus pandemic, which could be leading to heightened transmission of COVID-19 in the South American country, according to a report from Human Rights Watch and Johns Hopkins University.

In the joint report, researchers found the quarantine centers where returnees are being required to stay had severe shortages of food, water, and medical attention. Delays in testing are reportedly keeping people in these quarantine sites longer than the recommended 14 days and risking higher rates of transmission.

Officials have said that more than 100,000 Venezuelans have come back to the country as economic opportunities have dried up in neighboring countries due to the pandemic. Venezuelan officials have said they can only handle around 1,000 incoming nationals per week. In March alone, an estimated 27,000 returned from Colombia.

A recent report from the Organization of American States detailed one case in which a Venezuelan family coming back from Colombia was forcefully quarantined for 46 days. They eventually went on a hunger strike to try to persuade authorities to send them back to their native cities.

“Sending returnees to overcrowded and unsanitary quarantine centers, where social distancing is impossible, is a recipe for spreading Covid-19,” said Dr. Kathleen Page, a physician at the Johns Hopkins University School of Medicine. “Requiring them to stay there longer than the standard 14 days only increases the risk they will become infected, serving no reasonable public health purpose.”

Those returning to the country have also been stigmatized by people who accuse them of spreading the virus. Even President Nicolás Maduro called them “bio-terrorists.”

“They are contaminating communities, they are killing their families,” Maduro said in a July speech.

Venezuela has reported more than 85,000 cases and 700 deaths tied to COVID-19. Human Rights Watch claims those government tallies are likely much lower than the actual numbers.

Meanwhile, Maduro announced this week that the government plans to allow tourist areas to reopen again in December. Venezuela’s already weakened tourism sector has been hammered hard by the pandemic following years of declining visitor numbers and dwindling hotel occupancies.