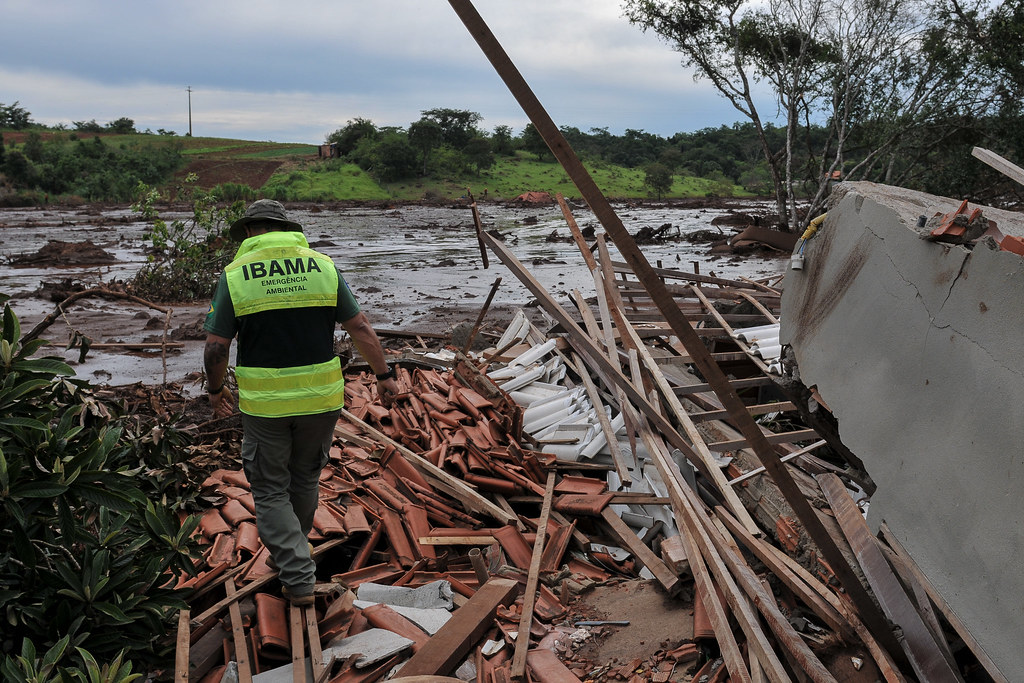 Victims of Brazilian dam collapse will get $7 billion in compensation

As we were conducting this interview, the Committee to Protect Journalists was calling upon Mexican authorities to protect the editor-in-chief of the country’s leading newspaper, Reforma, after a string of death threats. By the time Netflix’s new drama Tijuana first aired in early April, four news reporters had been murdered in Mexico in just as many months.

Although Mexico’s journalists are paying with their lives in a disproportionately high volume, many of these stories remain outside the gaze of the international media.

In 45-minute episodes, the showrunners, Colombian Daniel Posada and Spaniard Hammudi Al-Rahmoun Font depict a Tijuana newspaper’s struggle to fight the country’s striking corruption, which leaves many players killed in the border city for which the series is named. Combining the position of director, producer and screenwriter into one, the show’s creators lead a testimony of a Latin American country embattled by the direct attacks upon political truth.

Latin America Reports recently caught up with the showrunning duo to look into how the entertainment industry can help to further highlight pressing topics.

Why did you choose to produce a series about Mexico’s threat to journalism now?

DANIEL: When we started this project, it was the second most dangerous country to be a journalist and it seemed like a topic that really grabs your attention. We live in a country where the stories that are being told are always the same, yet noone is talking about the issues that for us are really important.

It is a reality that not many Mexicans actually know about it. When people see the series, there is this perception of ‘wow, I didn’t realize it was that bad.’ We wanted to give a voice to the situation in Mexico and a voice to these journalists […] they deserve to have their story told.

HAMMUDI: It is not only in Mexico that people are unaware… in the world people don’t know. At least, I’m from Barcelona, ​​and it’s something we do not know about and it is very serious. Even journalists do not know this reality.

Is there a particular reason you chose Tijuana?

HAMMUDI: For several reasons. First, because Tijuana is a border city, which gives it very specific traits. In some ways, the border that has a general level of trafficking: trafficking of people, money and weapons, as well as all the corruption that goes with it. So, Tijuana has a geographical situation that makes it a place of economic interest and therefore harbors a lot of corruption. And obviously it’s worse to be a journalist where there are more illicit interests.

And finally, Tijuana has something very special because it does not look much like the rest of Mexico. It’s a really new city, which has grown in very few years, and it has something wild about it, a bit like a Western. The law has been created with force and violence, so it seemed like a good place with a lot of possibilities to tell this story in a very dramatic way, because being a journalist there is even more dangerous.

HAMMUDI: As a tribute, right?

Are there parts of the script based on real life situations or testimonies?

The series is also inspired by real characters, and to write the series we spent time in Tijuana with journalists and accompanied them in their work and their day to day lives. We collected many details from this to flesh out the series but the plots that are happening inside of this […]  is fiction inspired by real people and real events. It is not a biopic based on real events, with dates and places and people involved. It is very different, that is, it is not a documentary. In the end, it is not a biopic either, it is “inspired.”

HAMMUDI: And to add to this, we are inspired by reality because in this case, reality always surpasses fiction. It is always more terrible than what you can do in fiction.

In true telenovela style, did you consciously choose to over-dramatize any elements to make it more popular to a wider audience?

HAMMUDI: This is a great debate. Because we come from the cinema, we always want to set a little distance [DAN: Lots! A lot of distance] from that language.

Viewers want you to give them high drama because they’re used to the novela, you have to provide it in small doses. One of the things would be to dramatize the script to build better dramatic situations but not be so telenovela-like no?

Article 19, [the NGO defends freedom of expression] is featured in the series but the country also has a national mechanism to protect journalists. Do you think that could have been featured?

HAMMUDI: We went for what was more well-known and would be more recognizable to the general public. It is a feature that is touched upon very little in the first season, so it seems very residual but the idea was that this would have a continuation. We’ve designed the series for three seasons and Article 19 is going to have a much stronger presence later on, and there we can feature more about Mexico’s current mechanisms.

DANIEL: And for clarification, when we were writing it we thought it was a story of three seasons. Having said that, there is yet to be indication (from Netflix) about the second series.

What has been the responses to the shows release?

DANIEL: It’s hard to say because Netflix is a platform that does not share those numbers. It is not like open television where you enter and see the ratings and you know exactly how many points you scored, that is not the case with Netflix.

In the world we live in today, all you can do is gauge reception through comments on social media, on Twitter, Instagram and in different places where people are talking about the series. The reception until now, and people’s critiques in general, appear to be positive. Most of the people who see it, like it, and people are suggesting that the show is different from what they have in Mexican or Spanish-speaking series. So I think the reception has been good, but as for the number of people who have seen it, I have no idea.

How does delivering this message through the medium of entertainment differ from reading these stories in the newspapers?

HAMMUDI: It’s an opportunity, right? Because you can reach people who wouldn’t read about it in the news, you can reach an audience who consume entertainment. So, you send a message that is already in other mediums, like a documentary or an investigative piece, but you’re sending it via what they actually watch, via entertainment.

For this though, you have to find the balance of entertaining, but not losing sight of the message of denunciation you want to create.

Do you believe the TV show delivers a justice to the journalists who have lost their lives in Mexico?

DANIEL: No, the answer is no.

It’s a giant problem and the hope with this series is to get this message to other people. Unfortunately the people that already know that this is happening are those that read it in the papers.

People do seek information about serious journalists who are not corrupt, who do not have an agenda, who are not institutional journalists, chayoteros (journalists that take bribes) who are not going to find who is exposing the truth. These people already exist.

What this series tries to do is “raise awareness” for people who are not aware of the subject. Similar to what Hammudi mentions, it’s for those who get their news on Twitter or Facebook or WhatsApp.

We are not journalists,  nor are we bringing justice to them. The only thing we’re trying to do is make an issue which few people know about more visible, as it really is a massive problem. Our attempt to do something is just one grain of sand.

News reporting continues despite the threats facing Mexico’s news reports. How do you imagine the plot and characters to have developed from the first series in the future?

DANIEL: It was our intention from the beginning of this project to have three seasons in total. But it’s one thing what Hammudi and I want and another what Netflix will pay for! So right now we do not know if Netflix will want to continue with production or not.

This topic requires three seasons because it stands to represent the process of killing a journalist. It does not happen overnight. It is a process that starts with threats, and afterwards, the journalist starts getting into trouble with corrupt police and then you have, at best, a failed attack or a kidnapping. It is a gradual process, journalists start by irritating those in power and little by little they get into more and more problems with them. So, we wanted to draw this process through several seasons.

If we had planned for one season it would end much worse, there would be worse consequences.

HAMMUDI: Exactly that, if it had been for only one season it would have been different. The reality is much larger than we have touched upon in this first season.

*Transcription and translation by Frances Jenner.

**Answers have been edited for clarity.