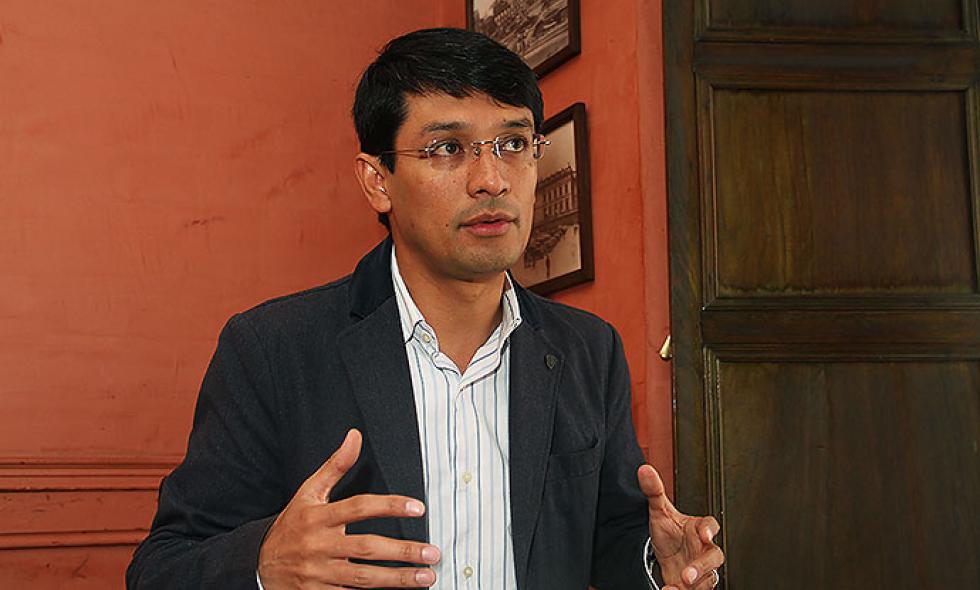 How will Colombia emerge from the current crisis? An Interview with Pre-Presidential Candidate Camilo Romero

It’s fair to say that the implementation of the landmark peace agreement that the Colombian government signed with the left-wing Revolutionary Armed Forces of Colombia (FARC) is running on fumes. Much of the blame has fallen on the government and the governing party, who insist on making modifications to the agreement while they still have a lot to do on integral rural reform and protection of ex-combatants. The FARC, however, are also to blame. Their leadership has fallen short on its commitment to giving reparations to victims, surrendering to justice and abandoning drug trafficking entirely.

We have heard over and over again that President Iván Duque’s government has endangered the peace agreement, which some – including former peace negotiator Sergio Jaramillo – consider to be in a fragile state. On a recent visit to Europe, Duque’s government was confronted by politicians, international organizations and diplomats who demanded explanations regarding the lack of progress on implementing the peace agreement, providing security to social leaders, and promoting reconciliation with the former guerrilla group.

The government has not completely turned its back on the peace agreement, only the parts that it finds uncomfortable. Unfortunately, however, it cannot pick and choose what it wants to enforce.

While it is true that the government has made implementation of the peace agreement more difficult, by virtue of the Democratic Center’s opposition to key components of the deal — such as the political participation of former FARC members, the transitional justice scheme and its policies on agriculture and drug eradication — it must also be said that the FARC also share the blame for the peace agreement’s current fragile state.

The FARC have been adamant that former military commanders participate in politics, a move that has enraged both supporters and detractors of the peace agreement alike. According to reports from the Attorney General’s office, the former guerrilla group has claimed poverty when evidence demonstrates the opposite, as well as falling short on its commitment to provide victims with reparations. Granted, the FARC, by and large, have fulfilled their pledge to disarm, however important holdouts tarnish the credibility of the organization and give ammunition to the agreement’s opponents. The peace agreement is hamstrung, but both sides should be held accountable for that.

During the peace negotiations, it became clear that the FARC would not surrender their arms and submit to justice in exchange for nothing. The government agreed to grant them some political representation in Congress – 5 seats in the upper house and 5 seats in the lower house – small enough not to alter majorities, but large enough to matter.

However, at the outset of the negotiations, the FARC made two key mistakes that they are still paying for today. First, they rebranded their party to the Common Alternative Revolutionary Force, but they kept the acronym FARC. They could have renamed the party anything they wanted, a name that represented peace, reconciliation, or farmers but they went with FARC. Seems pretty out of touch to me.

Naming conventions is not all that is wrong with the FARC’s new chapter in politics. They also decided to appoint some of their hard-line military commanders to the Congressional seats. They could have named anyone affiliated with their group or who represented their views. But they stuck with what they knew and named individuals with a criminal background that was hard to ignore. This gave the opponents of the peace agreement something to cling on to, and most importantly someone to shout at in Congress, which they have done, with great fanfare.

Meeting their end of the bargain

That’s the small stuff. But there have been two critical issues that the FARC have reneged on after the signing of the peace agreement.

Firstly, sources contend that some members did not entirely abandon drug trafficking. As the case of Jesús Santrich (an appointed member of Congress) suggests, he allegedly continued to traffick drugs even after he signed a commitment promising not to do so. He was doing this alongside Marlon Marín, a former FARC member who signed a cooperation agreement with the U.S. and also happens to be the nephew of Iván Márquez (an appointed member of Congress). After the episode, Márquez, who rallies against the government and criticises disarmament on Twitter, left the concentration zone where he was stationed in Caquetá without a trace.

According to sources, FARC dissidents continue the business of drug trafficking, which remains a leading source of income for many rural Colombians. It is unclear if Márquez and the rest of the FARC leadership remain in league with these groups.

The disappearance of Jesús Santrich from a FARC encampment in Cesar will also be concerning if he does not appear before the Special Jurisdiction for Peace (JEP) at a hearing tomorrow, July 9. Should he abandon the process altogether, it will strengthen the rhetoric of those who oppose the peace process, suggesting that members of the FARC have fallen short on their commitment to justice.

“The FARC, by and large, have fulfilled their pledge to disarm, however important holdouts tarnish the credibility of the organization and give ammunition to the agreement’s opponents.”

Secondly, the FARC’s attempt at providing their victims with reparations was poor. As the peace agreement stipulated, this would be achieved using the group’s ill-gotten gains, an inventory of which they presented in 2017. Its release caused a lot of indignation directed at the FARC when it became clear that they had declared items such as pots, pans, and used mops.

In January, the Attorney General’s Office presented a report to the JEP detailing how the FARC had managed its finances after years of profiting from kidnapping, extortion and drug trafficking. A feature published by El Espectador explains the content of the report, suggesting the FARC had significant resources to offer reparations to their victims.

The FARC have indeed made efforts to obtain forgiveness from the Colombian people, the latest of which was a statement from Jesús Santrich recanting his famous statement in which he claimed he would “maybe” ask for forgiveness. However, these efforts are drops in the bucket for the public, who would have preferred more of a sincere attitude toward reconciliation from the get-go.

Much can be said about President Duque and the Democratic Center’s responsibility if the peace agreement fails. But it should be clear that the FARC are not exempt from guilt in the event that peace crumbles.

This article was first published on The Bogotá Post.

Sergio Guzmán is the Director of Colombia Risk Analysis, a political risk consulting firm based in Bogotá. Follow him on Twitter @SergioGuzmanE and @ColombiaRisk

*All opinions and content are solely the opinion of the author and do not represent the viewpoints of Latin America Reports.