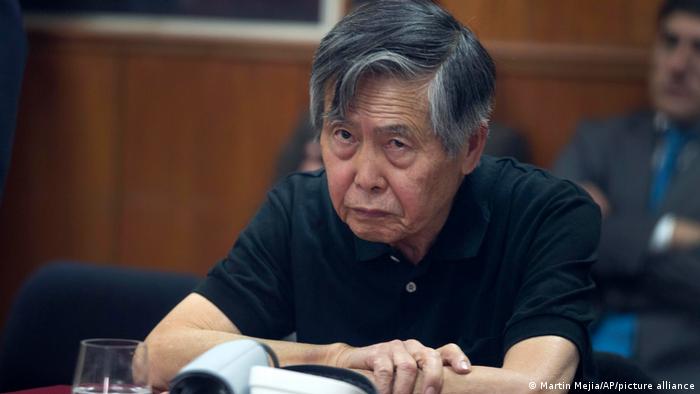 Russia has long-since fueled the left-wing governments of Nicaragua, Bolivia, Cuba, and Venezuela – where it sees opportunities to achieve its foreign policy goals, as well as press the United States in what it has long-considered its area of influence.

When Vladimir Putin took on the Russian presidency, he sought to project the idea – both domestically and abroad – that Russia’s power on the international political stage should be taken seriously again. This has been the crux of his foreign policy to date. The Kremlin uses a mix of tools such as its oil and gas companies, sales of military equipment, strategic alliances, and sometimes direct intervention to advance where it sees opportunities across the world. For Russia, those opportunities have historically appeared in places overlooked by other powers, despite their strategic importance.

The Kremlin has been active globally: it invaded Crimea, which was considered Ukraine at the time, it launched covert campaigns across Europe and the United States, it backed the Assad regime in Syria, supported Iran in its confrontation with the States in matters such as the Joint Comprehensive Plan of Action, and fostered a closer relationship with China. All actions  based on opportunism and the perception that ‘the enemy of my enemy is a friend,’ while ‘the friend of my enemy must be dealt with.’

However, Russia’s geostrategic investment in Venezuela is far from paying dividends, in fact, the country’s economic collapse will likely encourage the Kremlin to reconsider its closely forged alliance with Chavismo.

Too heavy to carry, too important to leave

In South America, the Russian Federation aimed to establish itself as a regional powerhouse in large military exports and commercial investments in the oil and gas sector. In view of this, Venezuela was a great opportunity to meet both of those objectives. It has the world’s largest proven oil reserves and its government was anxious to project its military power as a deterrent. Recently, Venezuela’s widely-noted economic mismanagement and internal political turmoil have drastically changed the equation for Russia.

Putin must tread lightly as Russia’s fiscal stability is also imperiled as a result of its costly intervention in Crimea, which resulted in sanctions on more than 500 companies and 300 individuals by the U.S. and others. Wealthy businessmen from the energy sector and beyond seem to be alarmed by the chances of having an isolated Russia in the international economic field, and no matter how powerful the Kremlin’s leader may seem Russian oligarchs will not be happy taking on another losing bet.

Rosneft, the Moscow-based Russian energy company, remains a key player in the support of the Maduro regime. As one of the few Russian companies that stayed in Venezuela, it has it has also been affected by sanctions, and its patience seems to be depleting.

Russia is, for the moment, saving face by expressing its support for Maduro and staging military visits. At the end of September, Putin met the Venezuelan leade but made no further economic commitments to the Bolivarian Government, as it granted no additional financing. Russia also backed the controversial appointment of Venezuela to the UN Human Rights Council, another symbolic gesture.

In sum, for Putin, Venezuela has become a burden too heavy to carry, yet too important to leave, even if Russia has more pressing matters to attend to. Leaving Venezuela in the hands of the opposition and (likely) U.S. influence, would send the wrong signal to people back home. It would make Russia more vulnerable before its regional allies — Bolivia, Cuba, and Nicaragua — who would certainly be next in-line to be abandoned by the Kremlin.

What’s next for Russia?

Maduro’s economic mismanagement, political ineptitude, and most importantly, the decline in Venezuelan oil production make his cling to power more fragile. Russia is now too tired to save it and not ready to engage in a military conflict only to save Maduro, making a negotiated outcome an increasingly likely option.

The current situation will likely develop in three different ways:

1) If the attempts succeed and a strong transitional government steps in while Venezuela is to hold free and fair elections, Russia will likely recognize it, but seek to ensure that its assets are protected and loans paid in full by a future government.

2) If Venezuela’s political stalemate continues, however, while the opposition struggles to gain momentum, the States will impose further sanctions while Russia is providing the cheapest support feasible to sustain Maduro in power.

3) Forcing Maduro to step down may also be dangerous if there is no plan for the future. If a vacuum is created and instability increases due to a weak interim government, this may endanger infrastructure and other assets that Russia has invested in. Putin may then send the military to protect company assets such as Rosneft’s, but direct intervention into Venezuela from his side will remain highly unlikely.

Whatever the outcome, Russia will have to find a way to balance the increasingly complex political and economic situation in Venezuela. The bottom line is that although Venezuela is only moderately strategic in the large scheme of things, Russia needs to find a way to minimize its exposure to Maduro’s imminent downfall while saving face internationally.

Yana Shevkirova is a researcher, specializing in conflict, international security, and intelligence. You can follow her on twitter @ShevkirovaY or www.rebelaffair

Sergio Guzmán is the Director of Colombia Risk Analysis, a political risk consulting firm based in Bogotá. Follow him on twitter @SergioGuzmanE and @ColombiaRisk

All opinions and content are solely the opinion of the author and do not represent the viewpoints of Latin America Reports.