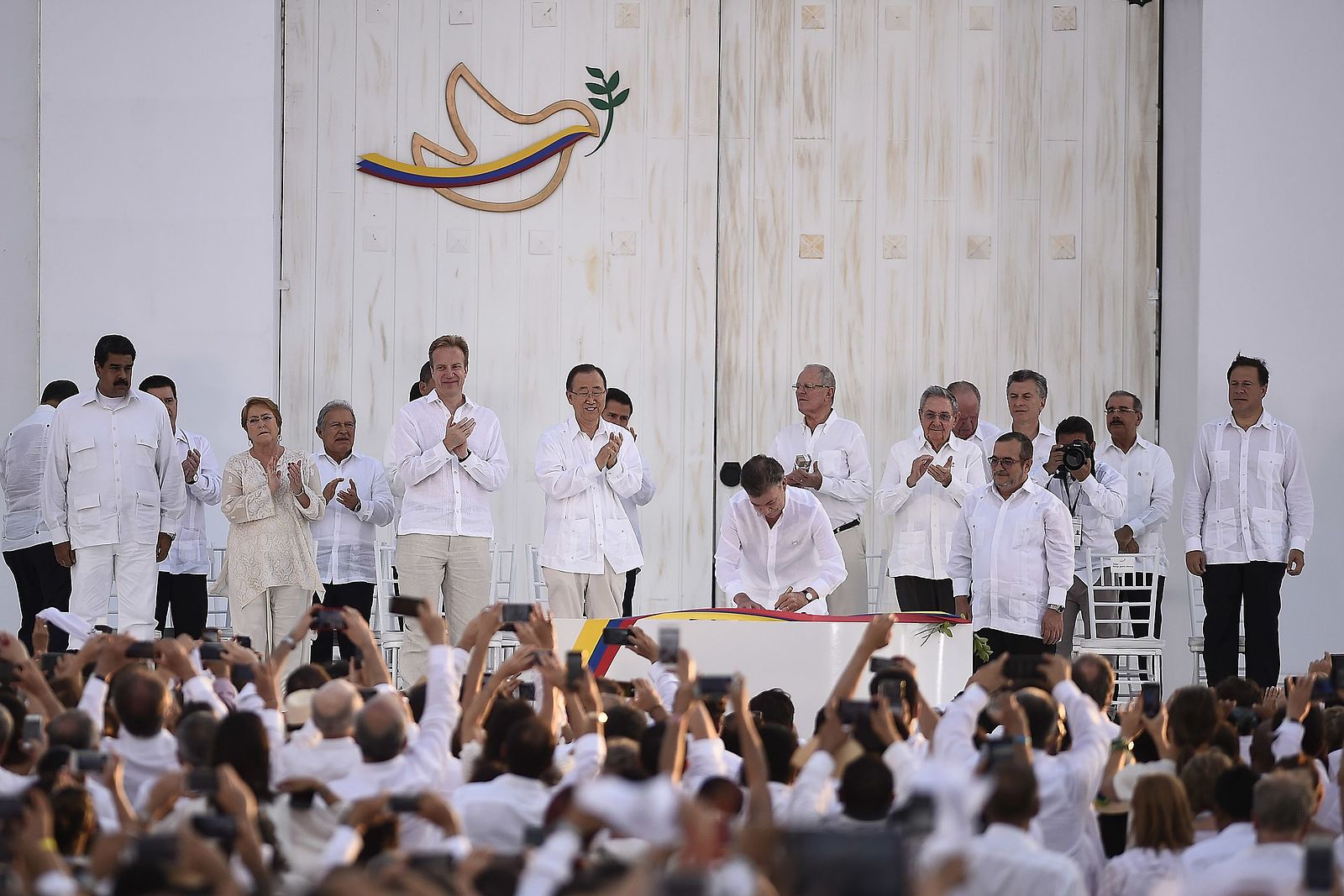 Five years ago, Colombia ended a half-century civil war with the FARC guerrillas. Where is the peace process now?

Despite the violent conditions that many migrants leave behind in Honduras, Guatemala and El Salvador, Mexico is far from easy to navigate through. Growing hostility from Mexican citizens combined with the pressure on a flailing legal system means that many experience abuse, violence or kidnapping long before they have the chance of being granted asylum in the United States.

In the first two days of April, Mexican immigration authorities detained 1,259 undocumented migrants close to the US border, according to an interview with Mexico’s commissioner of Mexico’s National Migration Institute, Tonatiuh Guillén and almost 500,000 migrants have been caught and returned to Central America from Mexico over the last four years.

While it is unclear to what extent the Mexican government has increased apprehension initiatives, migrants face stricter entry requirements at Mexico’s southern border with Guatemala. According to a report in the Mexican magazine Proceso, Mexican authorities granted 11,823 applications for humanitarian visas in January of this year, and in March, only 1,024.

In an interview with Proceso, the coordinator of the Fray Matías Human Rights Center, Salvador Lacruz explained “Today there were 200 people in our office, almost all families, many children, and four newborn babies.” The Proceso report also describes increasing infection and poor hygiene at the overflowing centres, noting that many migrants left their home countries without any planning out of fear for their lives.

Since Central American migration was picked up in a media storm last year, there has been a rise in protests and hostility against migrants within Mexico – chants of ‘no to the invasion’ and ‘Mexico first’ were reported to be heard during protests last year in Tijuana. A survey conducted by El Universal at the start of this month shows that 62.5% of people asked believed that migrants should not be given refuge in Mexico. A further 41.2% of respondents believe migrants should be deported immediately once apprehended.

Just five months ago, two minors that were awaiting asylum applications in the city were kidnapped, tortured and killed after leaving a shelter for unaccompanied child migrants. Local human rights activists speaking to The Guardian linked their deaths to the city’s growing hostility to migrants.

“It’s hard not to think that a climate of xenophobia promoted by the state’s own institutions is not a breeding ground for this type of action” Melba Adriana Olvera Rodríguez, president for the Baja California State Commission for Human Rights explained in the article.

Sandwiched between the gauntlet of immigration authorities on both of Mexico’s northern and southern border, undocumented migrants receive little legal protection while they travel through the country. Since 2015,
according to Animal Politico, only one percent of nearly 800 reported attacks upon migrants were brought to justice in the state of Tabasco alone, while reports of violence towards migrants continues to skyrocket.

Combined with Mexico’s high impunity index, what makes violent cases against migrants difficult to prosecute is that many undocumented migrants are constantly travelling, making it difficult to see any cases through a legal system.

There are other serious threats to migrants that are taking the long journey north. Last week Mexican authorities rescued six Central American migrants who had been kidnapped in Veracruz for almost a month. According to the report from Animal Politico, eight more migrants that were part of the group still remain missing. Several weeks prior, 19 migrants were kidnapped while riding on a public bus, investigators explained. Many of these missing cases remain unresolved.

Although humanitarian organizations and authorities are supporting migrants – Mexico City’s government will give 55 migrants 6,000 pesos during Semana Santa – huge hurdles in Mexico remain in place, and appear to be getting harsher.

Read more about immigration below: