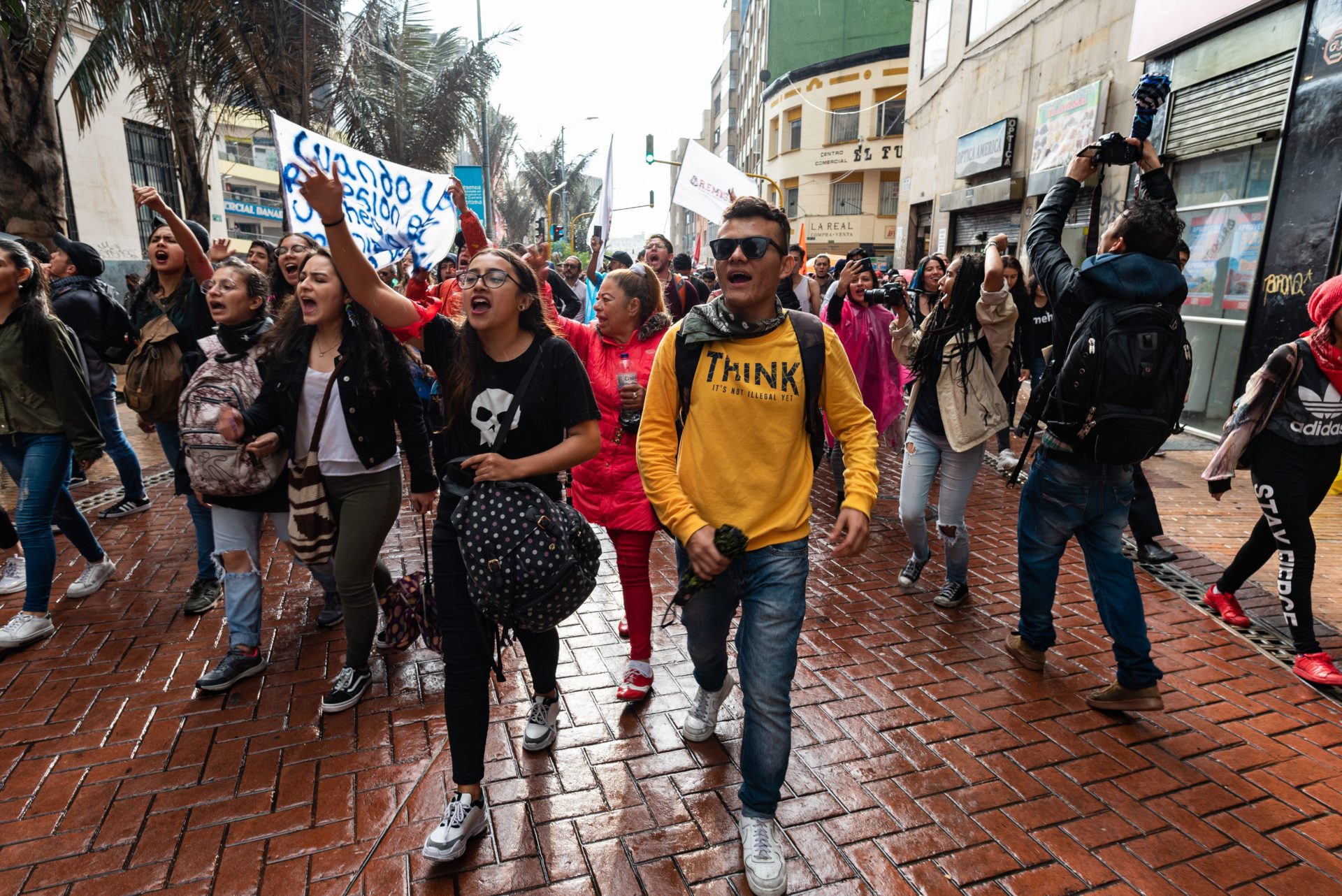 On July 4, the Office of the United Nations High Commissioner for Human Rights (OHCHR) released a report detailing the grave human rights violations that are occurring in Venezuela, which include extrajudicial executions and torture.

The report comes after UN Human Rights Commissioner Michelle Bachelet visited the country at the end of June, and much of it is based on first hand reports of these violations. It calls for “immediate measures” to stop systemic state-implemented human rights infractions in Venezuela.

In its investigation for the report, the OHCHR interviewed the families of 20 men who were killed by the Special Action Force (FAES) from June 2018 to April 2019. President Nicolás Maduro’s government created the FAES, which is a unit of the national police, in April 2016, and those questioned routinely called the group “death squads” or “extermination groups.” The FAES followed a similar method for each killing.

Dressed in black and wearing balaclavas, FAES officers would arrive at  houses in an unmarked car and block off access points, before breaking in, stealing belongings and sometimes forcing women and girls to strip naked, the interviewees claimed.

They would then separate the young men from their families and shoot them in the chest.

The FAES would report the reason for these killings as “resistance to authority.” To justify this, in most cases they would move the body back into the house, plant weapons and drugs as well as firing shots at the walls to suggest a confrontation. The UN report also revealed that the FAES often took the bodies to hospital, even though they were already dead, in an attempt to manipulate both the bodies and the crime scene.

Read more: Maduro accepts Red Cross offer of humanitarian aid for Venezuela on his own terms

The number of deaths as a result of resistance to authority is extremely high. In 2018, the government registered 5287 deaths in this category, whereas the Venezuelan Observatory for Violence (OVV) reported at least 7523.

The OHCHR also reported that the FAES used the same strategy to execute six more young men in retaliation for their role in 2019 anti-government protests.

The OHCHR also interviewed 135 people (23 women and 112 men) who were imprisoned without cause between January 2014 and May 2019. These detentions were mostly due to the individuals exercising rights such as freedom of speech and peaceful assembly.

“In most cases,” read the report, “women and men were subjected to one or more forms of torture or cruel, inhuman or degrading treatment or punishment, including electric shocks, suffocation with plastic bags, water boarding, beatings, sexual violence, water and food deprivation, stress positions and exposure to extreme temperatures.”

The majority of those detained are held in the Helicoide, the headquarters of the Venezuelan Intelligence Service (SEBIN). Interviews revealed that the building lacks gender-specific standards, and women were kept in one single, overcrowded cell.

Women explained to OHCHR officials that guards and male prisoners pressured women to exchange sex for certain privileges or protection, while subjecting them to physical assaults such as being dragged by the hair and inappropriate touching, threats of rape, forced nudity and gendered and sexist insults.

Between January 2014 and May 2019, the NGO Foro Penal Venezolano reported that at least 15,045 individuals had been imprisoned for political motives. There has been a severe spike in these detentions. In 2018, the NGO reported 527 of these arrests, but 2091 were reported in the first five months of this year.

According to the report, the OHCHR believes that these detentions are used as “one of the principal means to intimidate and repress the political opposition and any real or perceived expression of dissent since at least 2014.”

Read more: Parties split on the role of aid for Venezuela

The report also detailed the increased militarization of the state, failures of the justice system and the restriction of independent media, as well as highlighting how the economic crisis has severely limited access to basic needs such as food, medicine and water. If no action is taken, Bachelet explained, the Venezuelan migration crisis will only worsen.

“I call on all those with the power and influence – within Venezuela and elsewhere – to work together, and to make the necessary compromises to resolve this all-consuming crisis,” she wrote. “My Office stands ready to continue doing its part.”