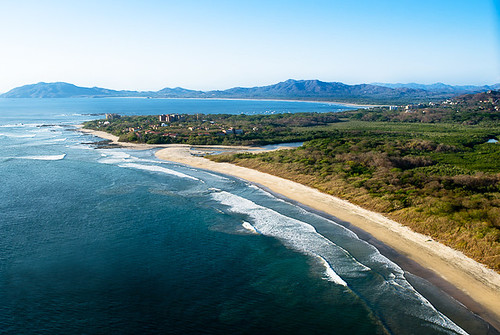 Since the 1970s, over 30 presidents and ex-presidents in Latin America have spent time behind bars for illicit activities ranging from corruption to crimes against humanity.

Presidents such as Cristina Fernández Kirchner and Lula da Silva, however, have managed to use their charismatic personalities to maintain voter support even in the wake of damning corruption allegations.

Argentina’s political scene is gearing up for the presidential elections in October. Although there is talk of a possible third candidate, the current polls show a neck-and-neck race between current president Mauricio Macri and ex-president Cristina Fernández Kirchner.

Conservative Macri’s reputation is marred by the economic crisis that has dogged his steps throughout the last year. He negotiated an unpopular IMF loan – the largest in history – and dramatically raised the prices of public services, which resulted in widespread demonstrations and a nationwide strike.

Left-leaning Kirchner has also had a complicated year. The Notebooks of Corruption case in August 2018 was uncovered by Argentine paper La Nación in August of last year and an official’s chauffeur recorded notebooks of observations revealing that the ex-president and her late husband Néstor Kirchner allegedly moved hundreds of millions of dollars in bribes for public contracts during their respective presidencies.

She has also been accused of covering up the role of five Iranians involved in the AMIA terrorist attack in 1994, which caused 85 deaths, in return for bilateral economic benefits between the two countries.

In the most recent case against her, the ex-president went to trial for presumed corruption in the importation of liquid natural gas. These cases were all headed by the same judge, Claudio Bonadio, who has asked for preventative prison for each accusation.

The reason Kirchner cannot be imprisoned is because of her position as senator, a pisition which parliamentary immunity. Although Bonadio has called for senators to vote on stripping her of this immunity several times, there has never been a conclusive result.

Despite numerous counts of high-level corruption against her name, Kirchner has largely maintained loyal support and votes. In fact, a recent poll reported by El Perfil revealed that 41% of citizens care “little or not at all” about the Notebooks of Corruption case, one of Argentina’s biggest corruption scandals in recent years.

Kirchner has denied all charges against her, and has repeatedly accused Judge Bonadio of carrying out political persecution – or lawfare – against her.

Similar situations are mirrored across the region. Former Brazilian President Lula da Silva was sentenced to 12 years in April of last year, accused of taking bribes from construction companies.

However, it appeared this situation had little effect on his popularity as Lula attempted to run as presidential candidate from prison. Polls two months before the final electoral vote showed that he had 37.7% chance of being elected, far more than rival – and now President – Jair Bolsonaro, who at the time had just 18.3%.

A survey by Brazilian research institute Datafolha analysed public opinion on Lula’s imprisonment. Although there is no solid evidence against him, as cited in the Datafolha report, 54% of those asked felt that his confinement was “fair,” and 40% thought it was “unfair.”

Lula, like Kirchner, denies all charges against him and blames his jail sentence on political bias within the justice system.

The two ex-presidents have captured the voters’ hearts in different ways. Lula was born poor and illiterate but rose to become president, causing him to be dubbed “the people’s president,” and former US President Barack Obama even called him “the world’s most popular politician on earth.”

Upon Kirchner’s election, Dr. Andrés Hatum, director of human resources group RHUO told Perfil that “Cristina is a loyal example of a charismatic leader,” adding that “leaving political ideology aside, the president awakens feelings in her audience that could be of love, or of hate. This emotional element takes her to the extreme – she has a very strong social presence.”

Beyond being seduced by an attractive personality, Director of Diario Judicial, Analía Zygier explained on the Argentine law news site, citizens can easily be persuaded to shrug off a politician’s presumed misdemeanors because of an inherent lack of trust in the justice system.

The corruption cases, “along with so many others, are well or poorly investigated depending on the political position of whoever is giving their opinion on the subject,” she wrote. “Whatever the sentence, the judicial measure or verdict will always have large sectors of the population thinking that it is all a lie.”