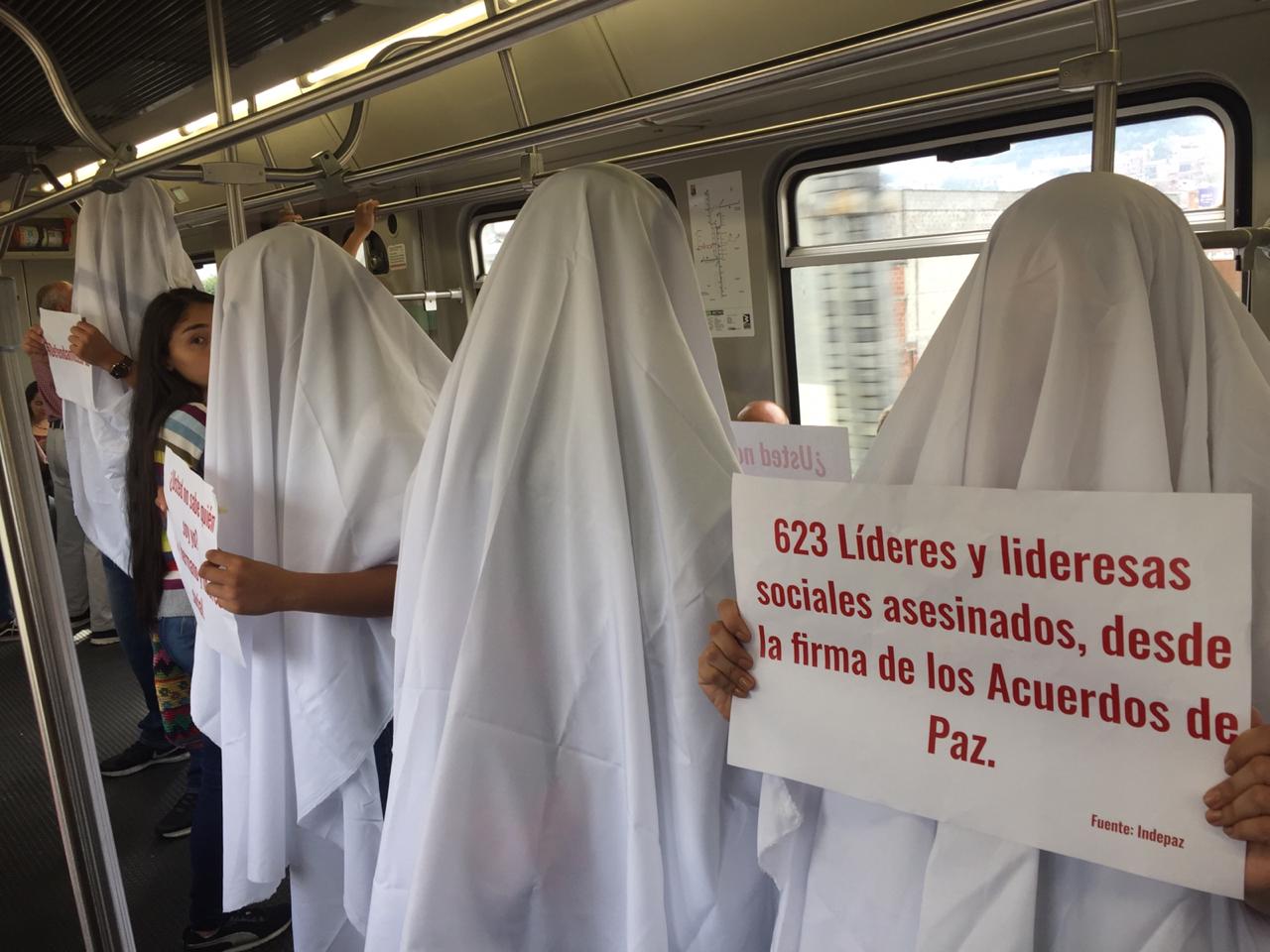 What is the government’s current commitment to protecting social leaders in Colombia?

MEXICO CITY – Roma. Well known among the capital’s citizens as being a bohemian mecca for artists and expats, and recently even more renowned after director Alfonso Cuarón chose it as the backdrop for his latest Oscar-winning film of the same name.

It is here in the lush, tree-lined avenues that the roads are relatively quiet. Dog walkers descend onto the promenades and brush shoulders with joggers and families, all while the European-looking cafes buzz with remote workers tapping away on their keyboards.

There is an air of tranquillity here which is a far cry from chaos just a few blocks away in the centre of Mexico City. The horns of distant cars, however, can occasionally be heard, marking a firm reminder of the city’s unbelievable traffic crisis. There are 16 districts in Mexico City, but the wider valley which consists of 41 adjacent municipalities,  boasts a population of over 21 million people. This is evident even from green hotspots such as Roma, as a gaze towards the city’s skyline reveals a greyish haze lingering in the distant air.

According to one traffic index, drivers will spend an extra 59 minutes a day waiting in traffic and it is true that in 1992, the United Nations identified the Mexican capital as having the most polluted air on the planet. Since then authorities have made vast strides in cleaning up the city’s air quality; however, like the majority of the world’s largest cities, Mexico City is still facing concerns regarding air pollution.

Hot off the heels of last Monday’s rush hour the Particulate Matter (PM10) levels registered an Air Quality Index of 103 in the northeastern regions of the city, a level which is considered ‘bad’. That, combined with PM2.5 levels, amounts to the equivalent of Mexico City’s inhabitants (of all ages) smoking nearly three-and-a-half cigarettes that day. More often than not the barometer will reach ‘bad’ levels of PM10 somewhere within the city on a daily basis.

Particulate Matter (PM) are mixes of solid and liquid particles that are released into the air and are a direct result of combustion generated in large part from car engines and industrial work. Combined into the mix is dust from construction sites and unpaved roads in addition to the hundreds of particles related to burning materials. The toxic mix is measured as PM10 or PM2.5, based on their micrometre size.

To put this into perspective, the US Environmental Protection Agency (EPA) explains that a strand of hair is 70 micrometres, making it ten times larger than a PM10 particle.

Due to their miniscule size, the toxic particles can become lodged deep into lung tissue and the bloodstream, linked closely with heart disease, cancer, Alzheimer’s from life long exposure.

Is anything being done?

It is also true that since the megalopolis was awarded the grizzly title of having the world’s worst air some 25 years ago, the government has stepped up to attempt to tackle the problem. Known as ProAire programmes, the Metropolitan Environment Commission worked with the government to close large scale, polluting industries while car users are now expected to leave their car at home one day a week depending on their number plate.

Now into the fourth phase of ProAire which runs until 2020, 89 measures are currently being rolled out across the city to address areas such as transport, reforestation and greener building constructions. The capital’s ProAire initiative joins a total of 36 that are currently in action across the country, which, whilst allegedly improving air quality for 116 million people, also reveals the scope of the country’s clean up act. Greener transport methods have been encouraged, and electric scooters are now available to rent around the city.

And yet, despite the apparent efforts by Mexican authorities, the reality on the ground is that citizens can still see air pollution quite regularly with their naked eye. People flock to areas such as Roma and Condesa because green areas are few and far between as construction sites signal the city’s ongoing expansion. The city’s Bosque de Chapultepec, for example, is one of the largest parks in the western hemisphere yet on weekends it is overwhelmed by a sea of people and street vendors.

Ivonne Serrano is an environmental scientist who specialises in the social and environmental impacts linked to agriculture in Mexico. Speaking to Latin America Reports, Serrano suggested that more needed to be done in terms of governmental efforts, ‘‘sobre todo en temas de regulación de empresas, basureros y cambio de uso de suelo,’’ (especially in matters of business regulation, garbage dumps and land use change) she explained. It’s a sentiment shared by many specialists in the environmental field: the authorities could be doing more.

According to the World Health Organisation (WHO), over 80% of citizens living in an urban environment are exposed to levels of pollution that exceed the recommended healthy levels. This is even more so the case for lower-income inhabitants who live in densely populated areas, which is the largest demographic in Mexico City. The mountains that surround the valley and a growing population also add to the ongoing pollution issues.

A number of studies have already concluded that restrictions on car use have failed to curb air pollution within the city, despite vehicles being the main emitter of PM10 and PM2.5 particles. This coupled with increasing fears of violence, lately against women in the crowded metro stations, runs alongside findings that there has been a staggering growth in the number of vehicles on the road. In 12 of the areas largest municipalities, there has been a 600% increase in vehicles between 2000 and 2017, according to Milenio.

Another example of where efforts to curtail air-borne pollution might be failing is Medellin, Colombia. Similar to Mexico City, Pico y Placa restricts vehicles from driving on a specific day according to their license plate registration, in a bid to reduce the amount of daily vehicle emissions. Yet with rush hours registering the largest pollution levels, annually 4584 Medellin residents die as a result of respiratory diseases.  According to a study into the city’s air pollution, excessive growth of car and motorbike usage have played into direct correlation.

Similarly in Colombia’s capital Bogota, amid the implementation of emergency measures for air pollution, there are fears that citizens will simply buy a second car to drive on the days that the plate restrictions are in place.

According to the UN Health Organisation, some seven million people die annually worldwide as a result of air-borne pollution, and in 2016 the particulate matter reduced the global life expectancy by one year. But while the car manufacturing business continues to boom around the globe, the direct threat to human health appears to remain on the sideline.