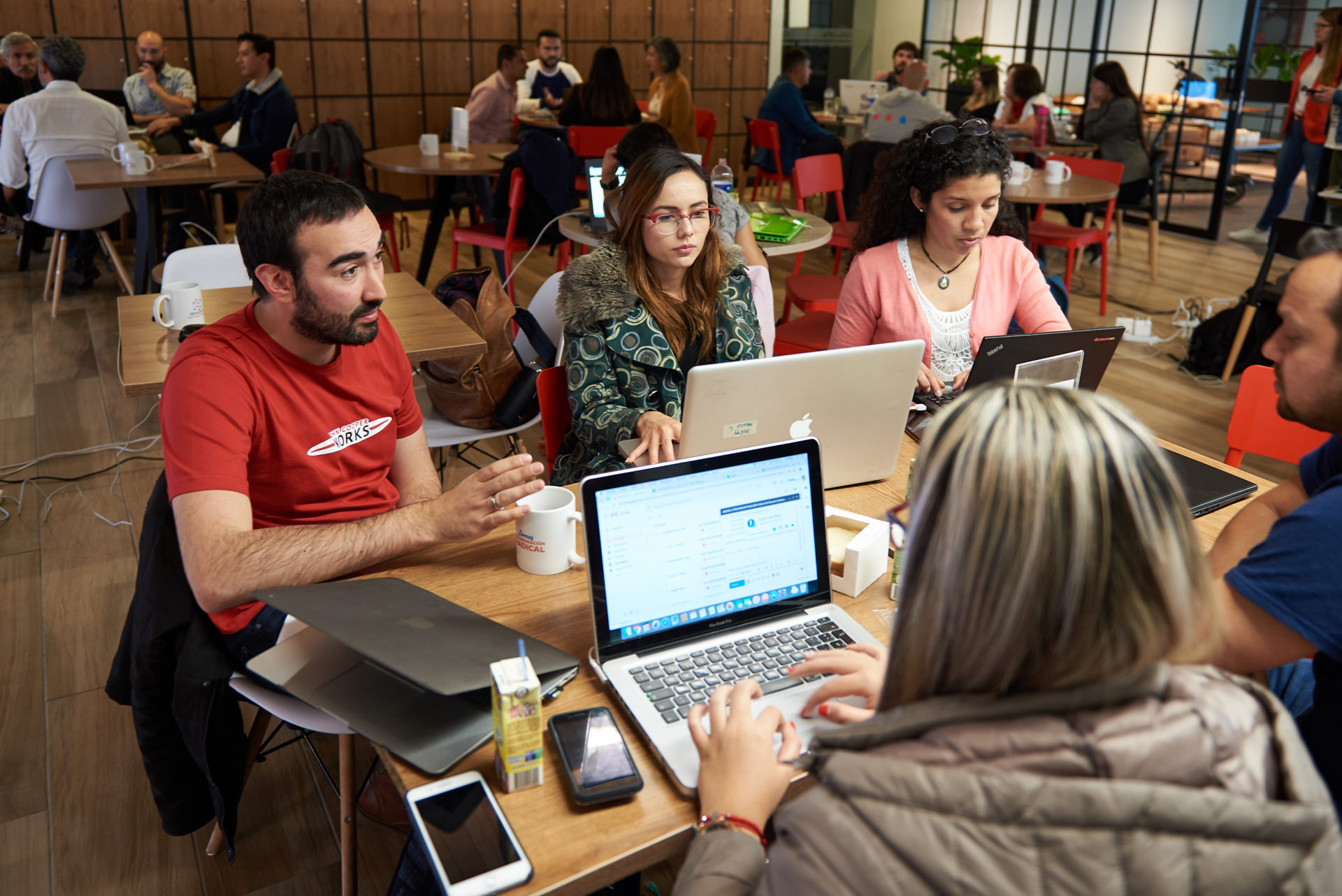 Cynthia Castro is on a mission to empower women in Latin American workplaces, ridding offices of unequal pay and sexual harassment.

Castro co-founded the company Boomerang Effect, which provides consultancy for organizations on ways to identify and get rid of diversity gaps. The native Costa Rican was named by Forbes as one of the most powerful women in Central America. She has also closely worked with around 50 rural communities across Costa Rica to help those suffering from societal inequities.

Castro spoke at Thursday’s Horasis Extraordinary Meeting on the United States about what the global economy could do to prevent poorer nations from being put further behind first world countries as a result of the pandemic.

Castro talked to Latin America Reports on that subject and more. Excerpts follow:

Latin America Reports: Your company Boomerang Effect aims to close gender and diversity gaps in businesses. How does it do that?

Cynthia Castro: “We were founded at the end of 2017 after Elena, who is my co-founder, and me decided we were really upset from the experiences we had at previous jobs. We found that people, even if we were there managers, they had a higher salary than us. Or we had experienced sexual harassment and other types of discrimination in the workplace. So we decided to create an organization that delivers consultancy to other organizations on how to identify diversity gaps. We started working mainly on gender gaps but we then had a more intersectional approach of the other categories of diversity.

“So what we do is we create a diagnosis in which we listen to people as a third party in an organization, guaranteeing the confidentiality of what they’re sharing and we identify gaps in the organization with a series of methodologies that have to do with focus groups, interviews and data analyses. Then we deliver this back to the leaders in the organization in order to come up with an action plan to close those gaps.

“We started in Costa Rica with a gender gap certification of the government but we’ve been working in Latin America with the Women Empowerment Principles of UN Women. And also working on more intersectional methodologies that don’t just focus on gender, but also on people with disabilities, race gaps, gaps that have to do with ages, etc.”

What has been the impact of these diversity gaps in Costa Rica and Central America as a whole?

“We see there’s still a lot of gaps between women and men. The main reason for these gaps is not the lack of empowerment from women, that tends to be a mistake that many organizations (make)…as if the cause of this gap was the lack of empowerment or as if we didn’t want to have the same salary as men. Reports have shown us that the major reason for this gap is the unconscious bias of decision-makers in organizations. This unconscious bias makes us have different types of reviews towards men than towards women, or giving them different types of responsibilities.

“We’re still advancing in this. It has been slow. But I think (the region) has a white feminist approach to everything, where we don’t take into account that the reality of all women is not the same. It’s not the same to be black, white, Latin American…All these types of diversity will make women experience different types of discrimination. And we see it a lot in the data that, if there’s a gap towards white women, there is a more profound gap towards black women when we’re talking about salary gaps or job opportunities.”

You mentioned the problem with unconscious bias of decision-makers. Is Boomerang Effect’s aim to make these problems conscious and create a sort of awareness campaign?

“It’s more like changing processes in the organization, knowing that bias is always going to be there. And that we should change processes to avoid bias influencing decisions when recruiting, when giving salaries, when deciding different types of things.

“We’ve seen for example that training is something the majority of companies do. Just in the United States, over $8 billion a year is invested in diversity and inclusion training. It has been researched and concluded that training does not change unconscious bias, and therefore will not change behavior. What we’ve seen is, the more diverse setting you have inside a group and the more out-group contact between the team and people that belong to a group normally discriminated against like homosexuals or transgender people, etc, the less unconscious bias we’re going to have towards those groups.”

In the U.S. at least, we saw that even though startups in general actually made more money in 2020 than in 2019, female-led startups lost money over that period. How would you say in Costa Rica or in Latin America that the pandemic has impacted female entrepreneurs like yourself?

“One of the sad things is that the industries where females tend to lead as entrepreneurs – things like tourism, restaurants, etc – were some of the industries that were hit harder. The other thing is that when we move to quarantine and work from home, women had already working twice as much as men on domestic labors like taking care of children. That amount of hours increased.

“We’ve seen studies, for example, that have shown if you’re working from home, women will be interrupted more constantly than men. All of these cultures we have of the roles of women and men hit women harder when the entire family worked from home.

“Also there’s a great gap to the access of financial support because normally in the families the property will be under the man’s name and not the woman’s name. So they don’t have access to a good credit history in order to get a loan for example. Women have less tools to be able to use here. The other thing is the increase in the digital gap we had with COVID. Having to do everything digitally showed that there was a big difference in the experience males and females were having previously with using technology and that has been hitting women harder, especially those from rural areas.”

You’re speaking at Horasis on how to avoid an interconnected decline in the global economy. What can poorer nations in Latin America do to avoid economic catastrophe?

“One of the biggest issues is how exclusion has become more profound in the gap between rich people and poor people. There have been business owners who, due to this new situation, have increased their profits a lot. But also people who have lost a lot of money. There’s a lot of data showing that since we educate women to invest their efforts and times in others, that they invest their money in other people also. So the best strategy to avoid economic exclusion in the world is to give economic power to women because they better redistribute finances towards everyone.”