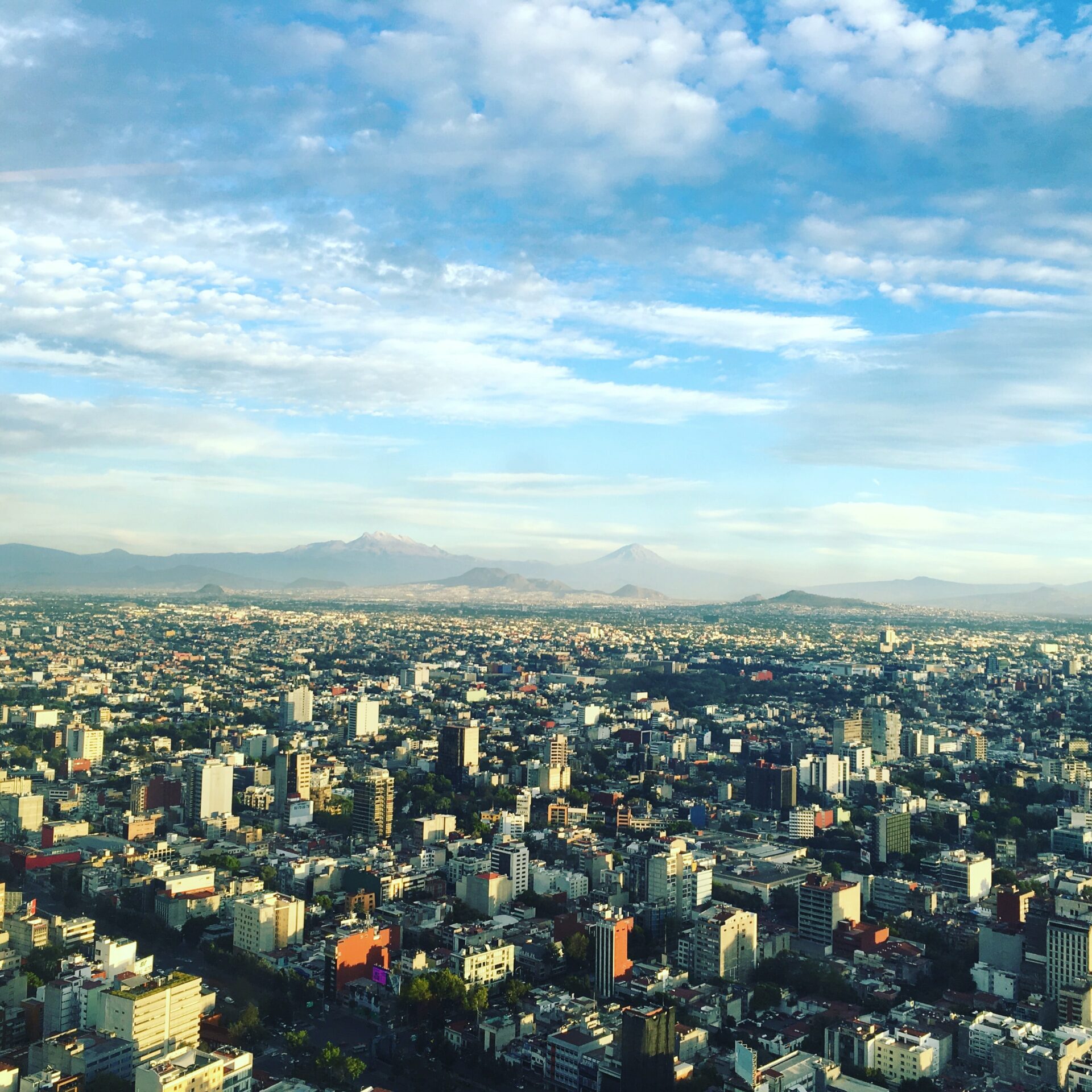 A Sinking, Thirsty City: The Water Crisis in Mexico City

Editor’s note: After careful consideration, this article has been updated to include quotes from an interview we conducted with Carlos Sprick, a representative from the Fundación Venezuela Esequiba. Our mission at Latin America Reports is to illustrate the importance of Latin America for a global audience by explaining current events and analyzing diverse perspectives. For this reason, we decided to update the article.

At the beginning of September, Venezuela’s Attorney General, Tarek William Saab, opened a criminal investigation against self-proclaimed interim president Juan Guaidó for treason against the country.

The investigation, reported Colombian paper El Espectador, is linked to a leaked audio file. In the recorded conversation, Guaidó’s UK representative, Vanessa Neumann, and his International Office Coordinator suggested that if Venezuela relinquished their claim to a disputed area of land on the border with Guyana, the country would garner more support from the United Kingdom.

Neumann maintains that the allegations are falses and denies the conversation ever occurred.

While the investigation is yet to reveal conclusive results, the ensuing media coverage resurfaced a centuries-long dispute over a 159,000 kilometer-squared piece of land that makes up two thirds of Guyana’s territory– the Esequibo region.

What claims do Venezuela and Guyana have to the Esequibo region?

However, Severo Mallet-Prevost, one of the lawyers who represented Venezuela in the committee wrote a memorandum where he suggested the agreement was the result of a political deal between Great Britain and Russia. He refused to publish the memorandum while he was alive, and it was not until his death in 1949 that his associate Dr. Otto Schoenrich published it in the American Journal of International Law.

According to the Council on Hemispheric Affairs (COHA), no evidence was presented to support the claim of a Russia-UK deal. However, one of Great Britain’s representatives in the arbitration committee, Baron Russell of Killowen, wrote a letter to Lord Salisbury on October 7, 1899 – four days after the tribunal issued its verdict – explained the “disquieting” idea that the Russian President of the arbitration tribunal, Frederick de Martens, threatened both countries to agree to a “compromise” border (rather than their own proposed border) in order to get a unanimous agreement.

Carlos Sprick, who was executive secretary of the not-for-profit organization Fundación Venezuela Esequiba for over two years, spoke to Latin America Reports about the controversy surrounded the agreement. He explained that de Martens separately told Venezuela and British Guyana that if they didn’t agree to his compromise line, then he would vote for the other country’s proposed border, which would either have given British Guyana the mouth of the Orinoco river, cutting off much of Venezuela’s access to the Atlantic coast, or have stripped the British territory of much of its land. De Martens effectively forced the arbitration committee to agree to his compromised border, and it became one of the few arbitration agreements that had a unanimous vote.

As a result of these allegations, in 1962 Venezuela publicly rejected the arbitral award and restated its claim to the Esequibo region.

In a bid to calm the situation, the governments of Venezuela, the United Kingdom and British Guyana created and signed the Treaty of Geneva in 1966, which appointed a bilateral commission to seek a peaceful solution to the controversy. However, The commission achieved very little, even after the United Nations Secretary General (UNSG) began to arbitrate the process in 1982.

Sprick puts the lack of progress down to different interpretations of what the Treaty of Geneva set out to achieve. Venezuela believed that it was created to set aside the previous arbitral agreement – as its integrity was in doubt – and instead to set a new boundary between the two countries. Newly independent Guyana, on the other hand, felt the treaty was for Venezuela to provide further proof that the 1899 arbitral agreement was null and void.

In 2015, American multinational oil and gas company Exxon Mobil discovered an estimated 700 million barrels (around US $40 billion) of oil in offshore Esequibo during an exploratory mission authorized by Guyana. Venezuela’s government, which rejected Guyana’s authority to allow Exxon Mobil into contested waters, sent its navy to intervene multiple times,

In 2018 the Guyanese government finally took the issue to the International Court of Justice (ICJ) in an attempt to resolve the situation. Venezuela, however, refuses to participate in an ICJ process, because article 33 of the UN Charter states that disputes should be resolved through “negotiation, enquiry, mediation, conciliation, arbitration, judicial settlement, [or] resort to regional agencies or arrangements.” Sprick doesn’t judge the Treaty of Geneva to be true mediation, as the mixed commission’s job was to be a “good officer,” that is, to get the two parties to dialogue without providing concrete measures to help negotiation. Going straight to judicial settlement without first going through the previous steps, argues Sprick, is the main reason that Venezuela refuses to take part in an ICJ process.

While it would be legal for the ICJ to carry out a trial without the involvement of Venezuela,  the Treaty of Geneva states that the dispute has to be resolved using an “appropriate international organ upon which [both parties] agree.”

The future of the Esequibo

This stalemate could go on indefinitely, explained Guyanese Paul Tennassee, a professor at the University of the District of Columbia who has carried out extensive research on the Esequibo region. Venezuela’s nationalism makes it extremely unlikely that they will back down, and Guyana has stated that it will not give even “a blade of grass” to Venezuela.

“I can’t see either of them walking away,” he said. “It’s stuck now, like a bone in the throat.”

Although Venezuela claims the land, Guyana has always administered and controlled the disputed territory. Those living in the Esequibo have their own gold mines, rice farms and zero-deforestation agreements, Tennassee told Latin America Reports, but most importantly, the people who live in that region have almost no ties to Latin America.

“The British kept us away from Latin America,” he said. “At school, students studied the British curriculum, and the indigenous populations were educated by missionaries, who also had a western orientation – we were isolated from the region.

“There is no Guyanese that feels Latin American,” Tennassee said.

Sprick, on the other hand, suggested that the mix of ethnicities in the Esequibo region meant that it was unlikely they felt as if they belonged to either country.

“The Guyanese government has gone to great lengths to make the Venezuelans seem like invaders, like bullies and thieves that want to take their land,” he said. “So the people of the Esequibo might not feel Venezuelan at the moment because of that, but I wouldn’t say they feel Guyanese.”

Colonized by the Dutch and British, who also brought slaves to the region, Guyana is comprised of a mix of ethnicities, nationalities and cultures. Guyanese do, however, feel patriotic, explained Tennassee, and define their nationalism in terms of territory and the universal quest for freedom.

“Our heritage is our land – we don’t have anything else,” he said. “Even if there wasn’t oil there, it’s our pride, our nation state.”

Sprick, however, explained that the discovery of oil strengthened Guyana’s “desperation” to claim the land as theirs, and also gave them more fuel to present Venezuelans as thieves who want to steal the land’s resources.

“But why would Venezuela, that has the largest oil reserves in the world – in land that is indisputably ours – want the Esequibo region for oil? From my standpoint, that’s just fallacious,” he said.

Guaidó recently reaffirmed his stance towards the Esequibo region, stating that it belonged to Venezuela, but Guyana is not going to give up, said Tennassee.

“We cannot blink,” he added. “We have to keep our position on the dispute on the radar of international institutions like the Commonwealth, United Nations, and the OAS.”

The case has stalled in the ICJ, and Exxon Mobil has not begun oil drilling in the area, as it needs a licence from the rightful owner of the area. If Guyana concedes a license, which would be against the Geneva Agreement, Venezuela will be forced to take action. Until then, the stalemate continues.

For another story on land disputes, read: Will Central America’s nearly two century-old land dispute finally be put to rest?