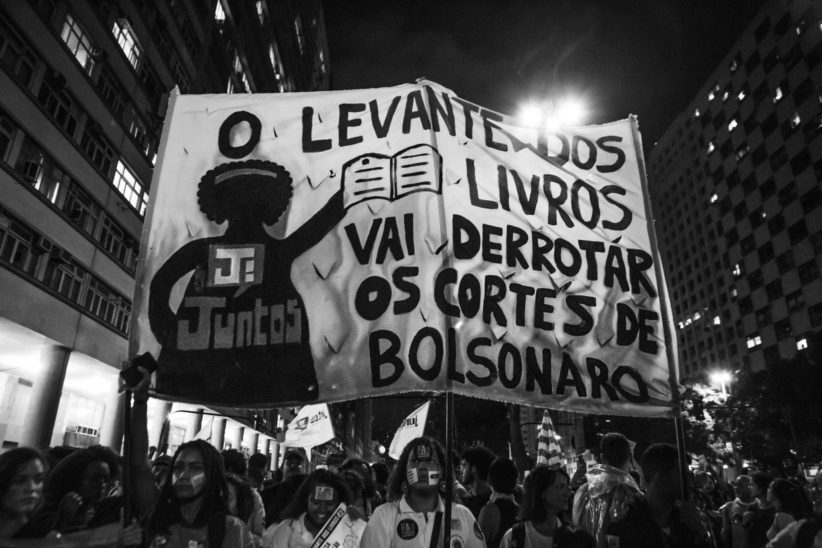 This year has offered no shortage of striking visuals from protests and social movements from across the region. In addition to shooting our own photos, the Latin America Reports team has collaborated with local photographers on the ground in places like Brazil and Puerto Rico to bring more context to the words on a screen. This collection of photos includes our highlights from protests across Latin America this year.

Read – In photos: Brazil’s second round of education protests

Read – Why are people protesting in Puerto Rico?

Read – In photos: Medellín marches for the lives of social leaders

Read – In photos: Colombia’s national strike from the streets of Medellín

Having worked in newsrooms in both Bogotá and Rio de Janeiro, Sophie is a British journalist now based in Medellín and writing for Latin America Reports. She is interested in post-conflict Colombia, historical memory and transitional justice in Latin America. Her work has also been published by Al Jazeera English, World Politics Review, El Tiempo and O Globo.